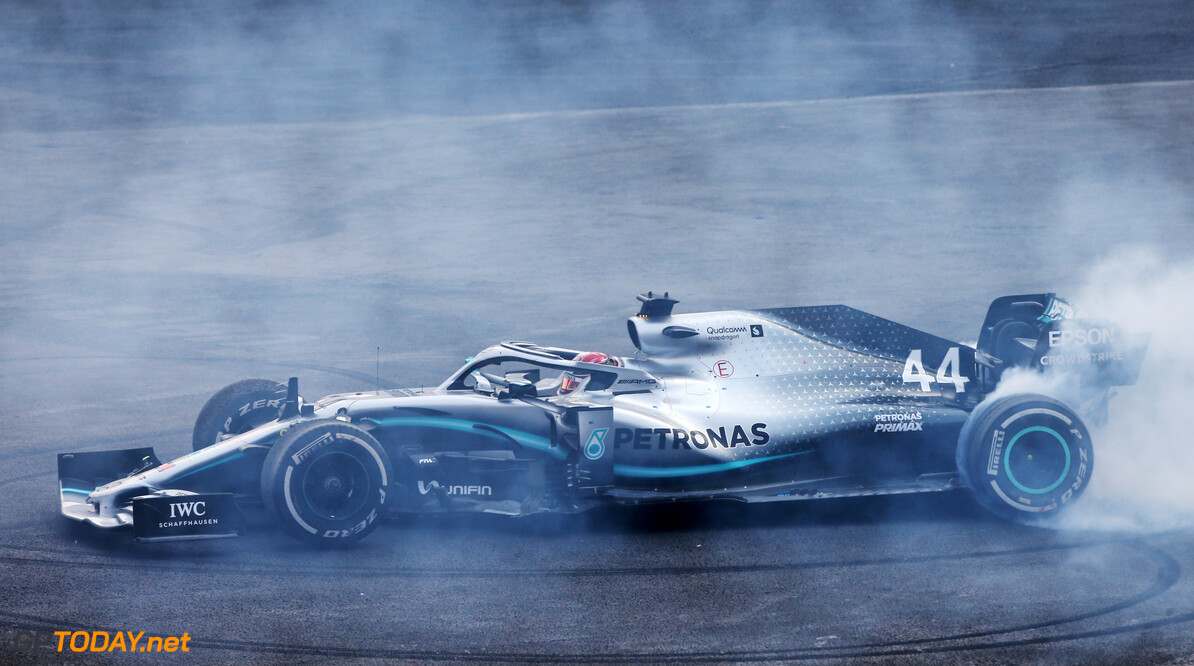 Mexican GP: Hamilton wins but is made wait for the championship

Lewis Hamilton has taken the race win in Mexico City, perfecting a one-stop strategy to fend off his rivals in the final stages of the race.

Hamilton made his one and only stop of the race on lap 24, and was the fourth driver of the top six to come into the pits.

The Briton had a disastrous race start as he came together with Max Verstappen at Turn 5, which saw both of them skip across the grass.

The altercation between the two dropped them down the order, with Ferrari running one and two - Charles Leclerc ahead of Sebastian Vettel, while Alexander Albon gained and was promoted to third place.

Verstappen was forced into the pits on lap four after coming together with Valtteri Bottas in the stadium section as he made an overtake attempt on the Finn.

Up front, Albon was the first of the leaders to pit, attaching a set of mediums ot his car, which committed him to a two-stop race. On the next lap, Leclerc followed suit and also attached the medium tyre.

A handful of laps later, Hamilton pitted for the hard tyres which he took to the end - although the Briton questioned the team's decision to bring him in so early.

Vettel and Bottas stayed out for almost another 20 laps before pitting for their hard tyres - and although they both closed up to the Mercedes driver, they couldn't make their way past Hamilton.

Leclerc also had strong pace towards the end of the race as he closed down Vettel and Bottas after making his second stop on lap 43.

The Ferrari driver lost a handful of seconds as his pit stop failed to run smoothly, and was forced to contend with a loss of roughly four seconds.

Albon ended up crossing the line in fifth place ahead of Verstappen, who recovered to the top six after his early-race puncture - making it to the end on just one stop.

Perez triumphs in 'best of the rest' battle

Local favourite Sergio Perez fended off Daniel Ricciardo in the latter stages to secure the 'best of the rest' position, with the latter pitting for the first time on lap 50 after starting on the hard compound.

Ricciardo crossed the line in eighth ahead of Daniil Kvyat, however on the final lap, Kvyat made contact with Nico Hulkenberg at the final corner, which pitched Hulkenberg into the wall.

Hulkenberg managed to get going again but lost out to Pierre Gasly, who picked up the final point on offer.

After displaying strong pace in qualifying, McLaren walked away from the Mexican Grand Prix with zero points, with Lando Norris retiring from the event.

A botched pit stop cost the 19-year-old fistfuls of time, with the resulting time loss promopting McLaren to call his car into the garage later in the race.

Carlos Sainz dropped through the order during the race, as he failed to make an impact on his strong pace from Saturday, having been forced to start on the red-walled soft tyre.