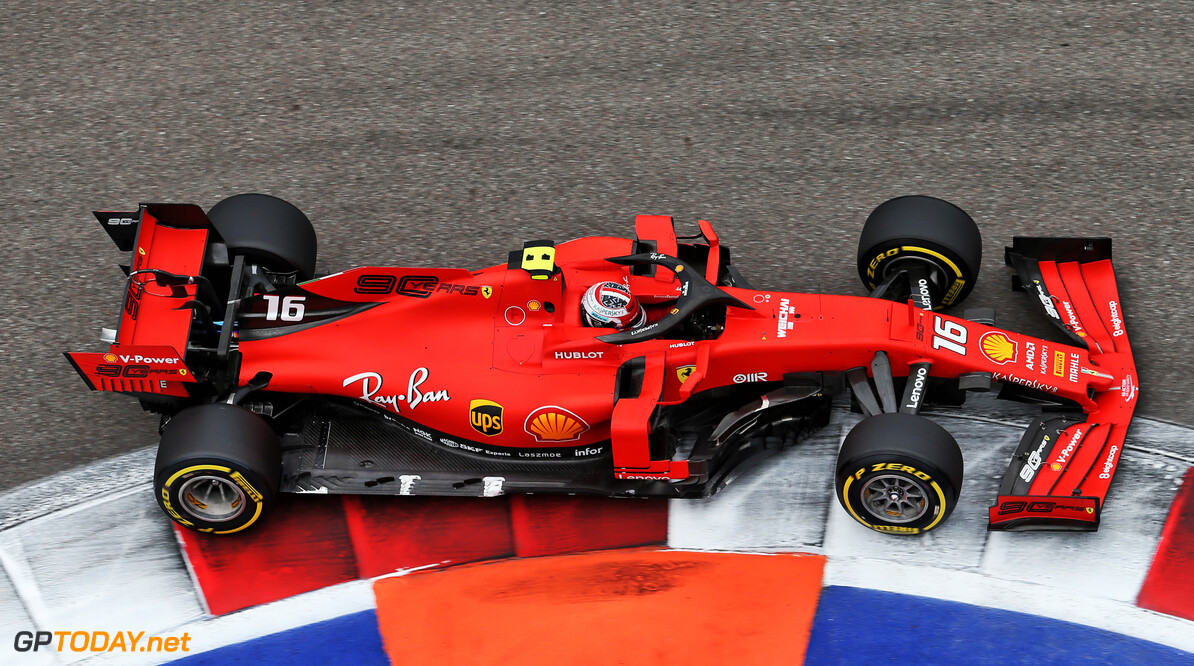 Charles Leclerc has concluded practice at the Russian Grand Prix on top of the timesheets, three-tenths ahead of Ferrari teammate Sebastian Vettel.

Mercedes appeared to struggle during the session, as both Lewis Hamilton and Valtteri Bottas struggled to keep their car on the circuit throughout the 60 minutes.

However, it still managed to finish third and fourth, with Hamilton leading Bottas for the first time this weekend - however he was just under four-tenths down on Leclerc.

Max Verstappen was fifth for Red Bull, but tapped the wall towards the end of the session at Turn 13 after spinning.

Romain Grosjean was sixth, while Alexander Albon was seventh after setting his best hot lap in the final moments of the session.

As has been the case for much of the season, the midfield pack is set to see an extremely close fight during the qualifying session later this afternoon.

Nico Hulkenberg was eighth fastest but behind him, Lando Norris, Kevin Magnussen, Pierre Gasly and Daniel Ricciardo were all within one-tenth of a second.

There was more trouble for Daniil Kvyat as he was forced to park up his Toro Rosso at the side of the circuit, as he did yesterday.

Honda confirmed that the issue was related to the engine, and that the Russian driver will not compete in his home qualifying event later his afternoon.

Kvyat ended the session in 19th, ahead of Robert Kubica. It was also a frustrating session for Sergio Perez, who set just seven laps.

The Mexican had two major lock-ups at Turn 13 on two different sets of tyres, destroying both in the process.