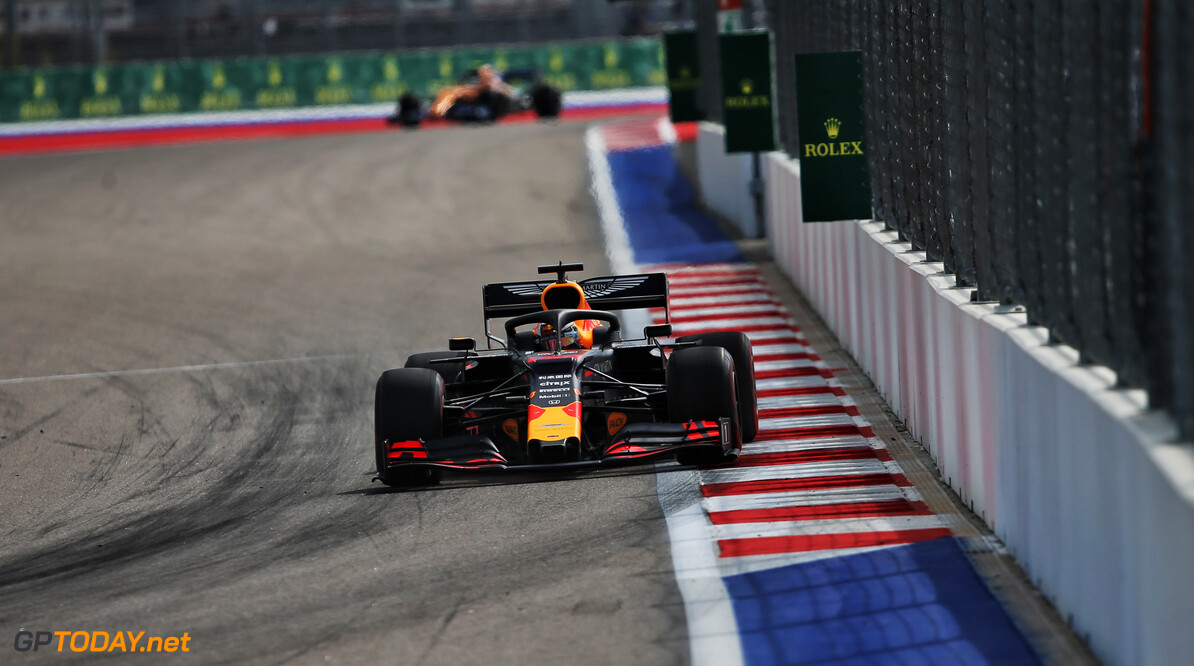 Max Verstappen concluded Friday practice on top of the timesheets, three-tenths ahead of the rest of the field in Sochi.

The Dutchman set a 1:33.162 on his low-fuel qualifying sim run, which put him ahead of Charles Leclerc, who was the quickest of the Ferrari drivers.

The two Mercedes' of Valtteri Bottas and Lewis Hamilton followed the top, with Bottas ahead of the five-time world champion - as he was after the opening practice session on Friday morning.

Sebastian Vettel was fifth in the second Ferrari, over one second down on the session-topping time set by Verstappen.

Alexander Albon had a session of limited running, as Red Bull discovered floor damage early on, meaning he set just 18 laps during the 90 minutes.

Pierre Gasly was sixth in the Toro Rosso, and had a close moment with teammate Daniil Kvyat during the session, as the two almost came together on the exit of Turn 2.

Both Racing Point cars managed to slot themselves into the top ten, with Sergio Perez's lap time placing him into seventh place, while Lance Stroll was ninth.

Nico Hulkenberg was eighth and in between the two pink cars, while Albon rounded out the top ten after he set a handful of laps in the final 20 minutes.

Williams once again brought up the timesheets, behind the Alfa Romeo of Antonio Giovinazzi and the McLaren of Carlos Sainz.