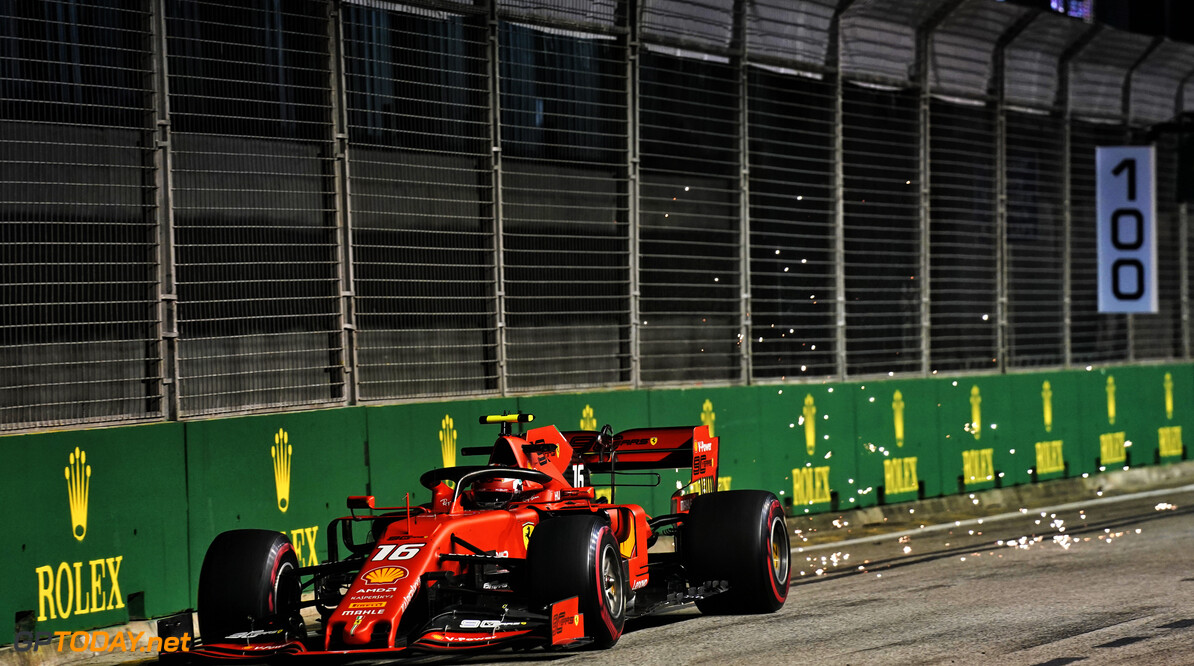 FP3: Leclerc fastest ahead of Hamilton

Charles Leclerc has topped the final practice session from Singapore, setting a 1:38.192 to be two-tenths ahead of the rest of the field.

Lewis Hamilton was second fastest after he set the pace on Friday, while the second Ferrari of Sebastian Vettel was over six-tenths down on his teammate.

The session was briefly interrupted by a red flag when Sergio Perez hit the wall at the exit of Turn 21, damaging his right rear suspension.

There was also worries for Daniil Kvyat, who found his Toro Rosso-Honda smoking from the rear while he was on a hot lap, forcing him to abort and end the session with no time on the board.

Toro Rosso confirmed after the session that it was changing Kvyat's power unit ahead of qualifying, however it will not incur any grid penalties.

Valtteri Bottas, who crashed his Mercedes W10 on Friday, was fourth fastest ahead of the Red Bull duo - with Alexander Albon leading Max Verstappen by one-tenth of a second.

After showing strong pace on Friday, McLaren once more appears to the fastest midfield team in Singapore, as Carlos Sainz and Lando Norris were seventh and eighth respectively.

The Woking squad held a big advantage over Nico Hulkenberg and Daniel Ricciardo of Renault who were ninth and tenth - four-tenths of a second down on Norris.

George Russell set an impressive lap time in his Williams to be 15th fastest, ahead of Antonio Giovinazzi, the two Haas cars and his teammate Robert Kubica.