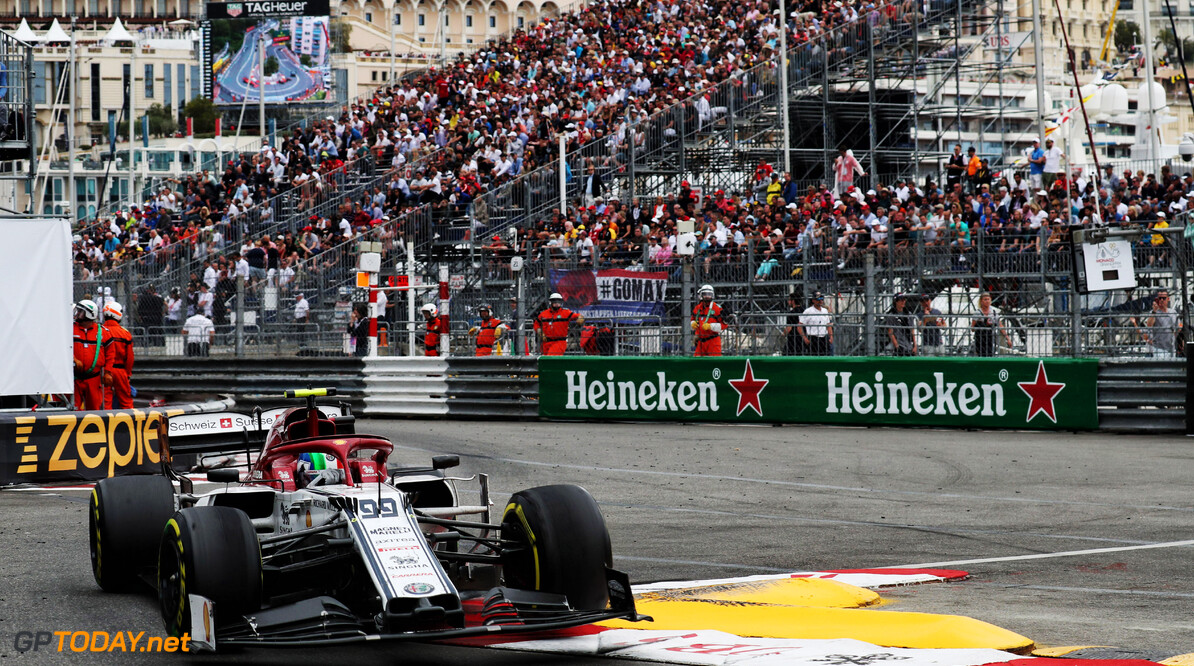 Vasseur: Alfa's weekend was over after Q2

Alfa Romeo team principal Frederic Vasseur says his team's weekend was all but over following its double Q2 elimination.

Vasseur stated that the team "fucked up" its Q2 session which saw both Kimi Raikkonen and Antonio Giovinazzi qualify at the bottom end of the Q2 drop zone.

Giovinazzi was forced to start further down the grid after he was handed a grid penalty for impeding Nico Hulkenberg during Q1.

The team had no real glimpse at points throughout the race, with Giovinazzi colliding with Robert Kubica early on, and Raikkonen extending his opening stint on the soft tyres to little effect.

"Then between Q1 and Q2 we lost something - we were slower in Q2 compared to Q1, and considering the track improvement and so on, it's just unrealistic. Then we fucked up the weekend.

"We have to do a proper analysis of what we did well or wrong, but the pace was there at some stages of the weekend. We have to build up to the next one on this basis.

"From one session to the other you could destroy the weekend. It was more or less the opposite for Sainz, he was nowhere at the beginning, and he came back."

Vasseur added that Alfa Romeo's tough weekend got worse on the opening lap of the race, as Raikkonen made contact with Lance Stroll at the hairpin.

Giovinazzi spun Kubica soon after and received a penalty for the incident, but Vasseur commended the Italian's desire to go for the overtake.

"We had a poor first lap," said Vasseur. "Kimi almost spun with Stroll, then Antonio also had a poor start and was stuck behind both of the Williams.

"Then it's done. He spent 15 laps behind Kubica, and at least he tried. We can't blame him. We know that if you have to overtake it's risky, but if you say let's stay behind you might as well just do the qualifying."