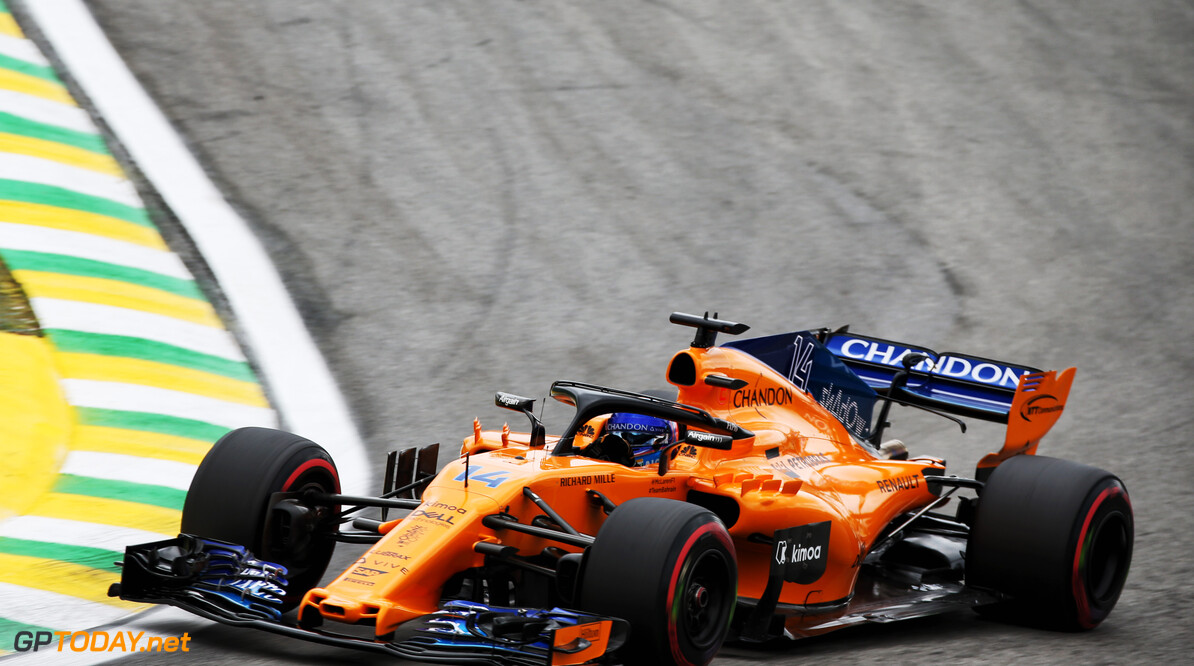 The McLaren duo of Fernando Alonso and Stoffel Vandoorne have been penalised for ignoring blue flags during the Brazilian Grand Prix. Each driver had five seconds added to their race times and they also both picked up two penalty points on their licenses.

Alonso's penalty was handed to him during the race, which demoted him from 16th to 17th. However, confirmation of Vandoorne's penalty only came through after the chequered flag, which dropped him to 15th from 14th place, promoting Esteban Ocon.

Vandoorne started the race from the very back of the grid but managed to get the better of his teammate and the two Williams' in a race he's proud of: "Maybe no one noticed again, but I think it was a great race again today," said Vandoorne.

"We did a good job in the first stint, made the tyres last a little bit longer than the others, came out on the fresh tyres, had a good fight with Fernando and from there on we did a good race. We managed to overtake the Williams as well. It might not look on the timing board like it's been a great race, but I feel like today I maximised everything so I'm happy."

Alonso was brought into the pitlane early on in the race, but lost out as there was an issue during his stop. After stopping again late on for a fresh set of super soft tyres, the Spaniard managed to get in front of both Williams' prior to his penalty.

"It was tough today," Alonso stated. "We gambled on the strategy a little bit, stopping very early. It didn't work. With the medium tyres we blistered the tyres and we were not competitive in the second half of the race. The pitstop was not clean and smooth so we lost a bit of time in there.

"Overall we've been too slow all weekend. We didn't have the pace to be in the top 10 so whatever strategy, whatever we tried I think the points were unreachable," the double-world champion added.