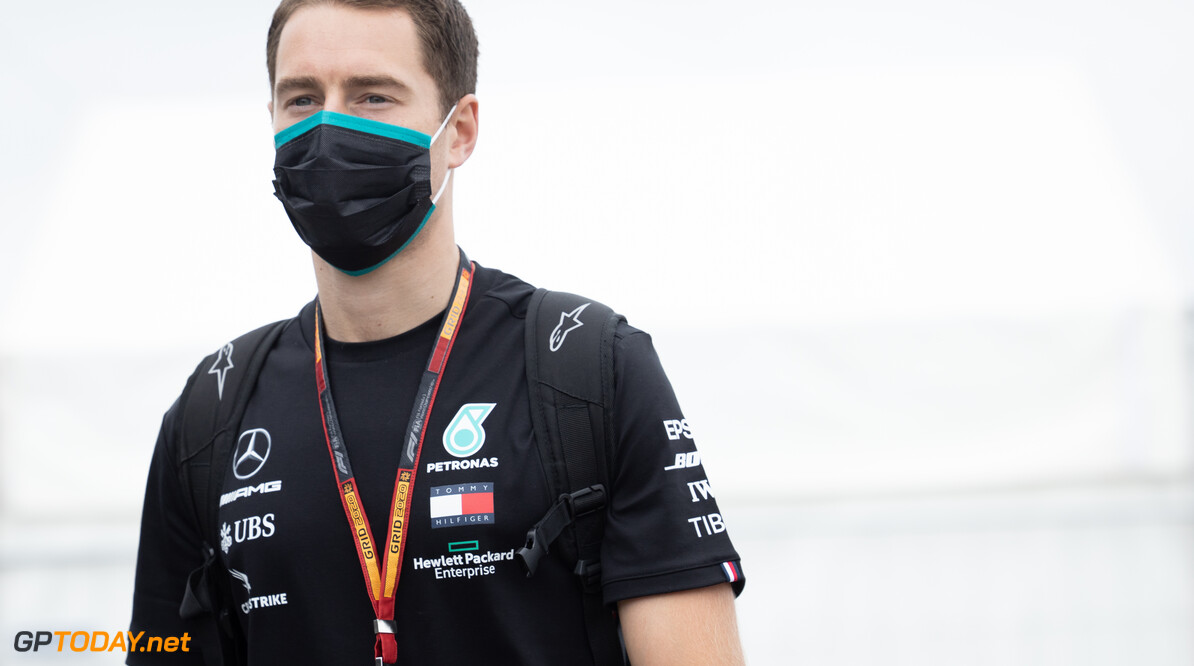 Vandoorne 'much better prepared' should he be required in F1

Mercedes test driver Stoffel Vandoorne has said how he feels 'much better prepared' should he be required to stand in for a driver than the last time he replaced another driver, during his F1 debut at the 2016 Belgian Grand Prix.

Vandoorne competed in the event for McLaren standing in for Fernando Alonso, who was sidelined on medical grounds after his massive crash with Esteban Guiterrez at the previous round in Australia.

Despite little preparation for his first Grand Prix, Vandoorne came away from the race in Bahrain with a point in tenth place.

Recently, Vandoorne was named to be one of the drivers considered to take Sergio Perez's place at Racing Point while the Mexican was quarantined with COVID-19, but commitment with the Mercedes Formula E team and a possible championship shot in the series saw Vandoorne remain in Berlin for the final races.

Speaking on the possibility of returning to F1 should he be needed, Vandoorne explained how he felt better prepared compared to his last time as a replacement in Bahrain.

“I managed to do it back then not having much preparation,” Vandoorne told Autosport.

“I think I would be much better prepared right now to jump in.

“I haven’t driven a Formula 1 car in a long time. It would be strange in the beginning but I’m still quite active with all the work I’m doing at Mercedes in the simulator and travelling to the races as well. I’m pretty confident I would at least know what to expect, let’s say.

“With McLaren, I kind of know the people there because I’ve been there for a few years driving in F1 with them, so I think it wouldn’t be a problem to jump in.

“I don’t wish on anyone to get ill, so it’s never really the desire to jump in.

“It’s a strange position to be in. You never really know when you’ll have to step in, but I’m ready if something happens.”