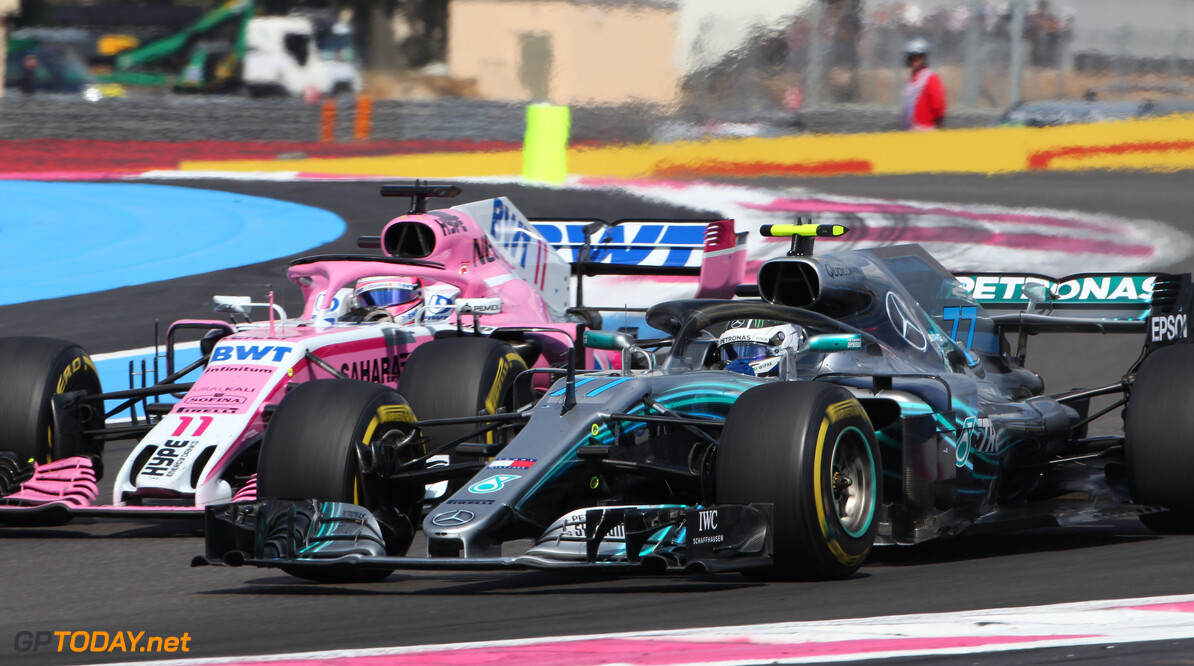 Mercedes is interested in forming a closer partnership with Force India in a similar relationship that Ferrari currently has with Haas and Sauber. Force India was recently saved from administration by a consortium led by Lawrence Stroll over the summer break.

Following the change of ownership, there were concerns among some teams that Mercedes would look to strengthen its position in the paddock by turning the re-branded Force India team into its junior outfit. McLaren and Renault have been vocal about their disapproval, saying that such a situation would create blocks of power in F1's system of governance.

"It is true that we have sought reassurance from the commercial rights holder that in future it will not be a requirement to be part of a group of teams in order to be able to fight for championships or to fight for wins," said Renault boss Cyril Abiteboul.

"That's definitely our ambition, to be in that position, but we don't have right now the capacity or the strategy to form any particular alliance such that we would have a junior team or a partner team. We have a partnership with McLaren on the engine side, which could be expanded with more technology, but that's not really something that we want should be imposed on us as a model in order to be successful."

Force India would benefit through the technical and cost-saving advantages, while Mercedes would be able to place its junior drivers in the team and develop them until they're ready for promotion. And Mercedes' Toto Wolff has admitted that it is a possibility.

"Obviously a few years ago when Ferrari spotted the potential in collaborating with another team it triggered a thought process for everyone else," he said. "You can see that and only Ferrari will know how much that has generated but there is benefit in such a cooperation if it is structured well.

"No team wants to be a B team, no team wants to be a junior team, everybody will want their own success and this is something you have to honour and respect in Formula 1. But if you can meet on an eye level then a collaboration can make sense. But making it happen is not trivial.

"All of us are structured, all of us have processes in place that make sense and evaluating potential opportunities is something that we will clearly do. Force India is eight miles down the road from us and they are a team that has punched above their weight class and the result in qualifying confirms my respect for them in terms of racing and within the permissible regulations we will explore all avenues."