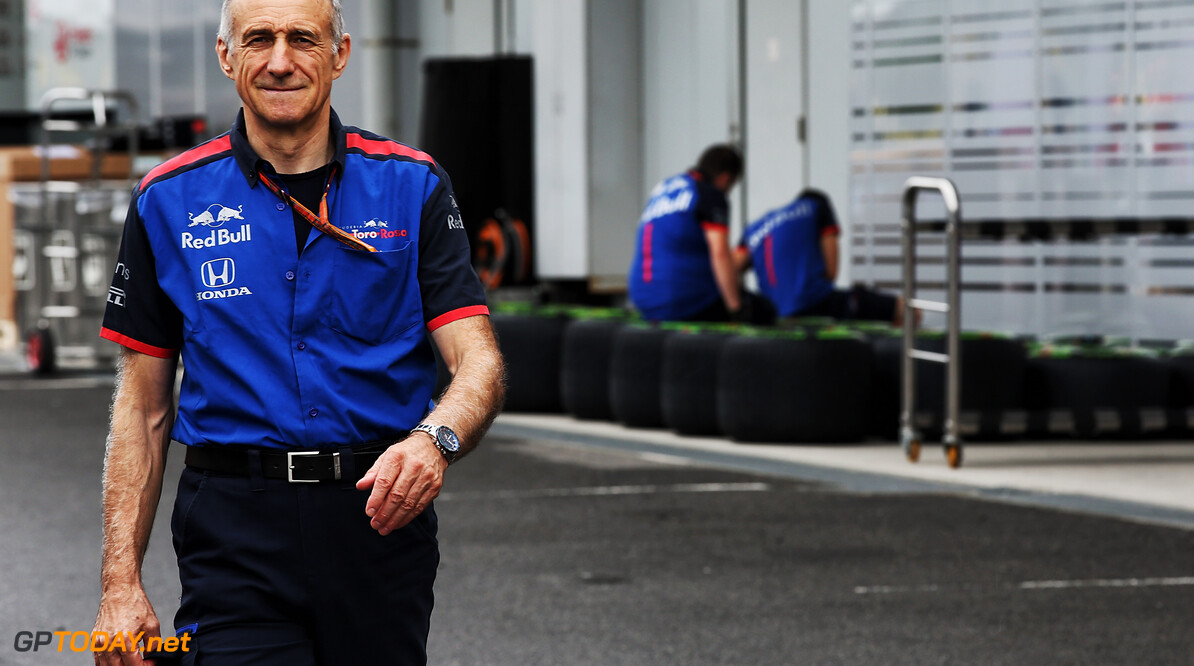 Toro Rosso team boss Franz Tost has called on Formula 1 bosses to slash downforce levels in F1 by 40-50%. In 2017, new regulations increased the downforce significantly, and has seen the levels build further as the teams develop their cars.

While the new rules made the cars faster, it increased the amount of dirty air they produced, resulting in poor racing as the cars struggled to follow each other. Next year, new regulations are in place to attempt to decrease the downforce levels and improve racing.

But some teams have already reported that not much will change as they have managed to find new ways to produce the same levels of downforce as 2018 despite the new regulations. Tost wants bosses to take away a large portion of the downforce, as it will show the instability and ruggedness of driving the cars.

"We have so much downforce, which means high corner speeds, no one can follow because of the dirty air behind and we have hardly braking zones," said Tost. "How should you overtake?

"That means the FIA, FOM, and there are the experienced people over there, like Ross Brawn and Pat Symonds, they know exactly what you should do: to come down with aero side, with the downforce.

"I would cut minimum 40-50% of the current downforce, to make the car much more unstable in the corners. Then people see that drivers have to fight with the car.

"Cars will be much faster on the straight, you have chances to overtake someone because of [increased] braking and you can follow in the corners. This regulation could be easy to be realised. They just have to want it."

The Frenchman added that Liberty Media shouldn't discuss and negotiate the rules with the teams, and instead be much more cutthroat: "Never ask the teams!" he exclaimed.