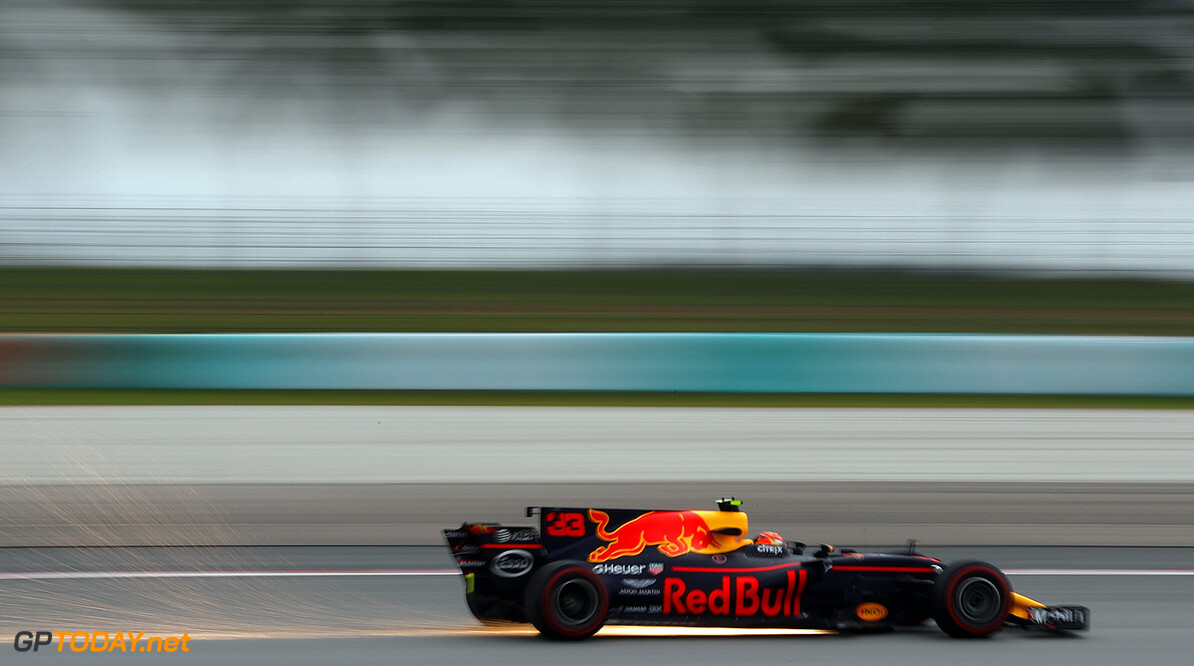 Verstappen dominates to win in Malaysia

Verstappen has taken the second victory of his career after crossing the line to win the Malaysian Grand Prix. The Dutchman overtook Lewis Hamilton in the very early stages of the race, and kept his lead all the way to the chequered flag.

It is the second time in two years that Red Bull has won at the Sepang International Circuit, as Daniel Ricciardo claimed the win 12 months ago. Verstappen last won a Grand Prix in Spain last season and has eventually found good fortunes after multiple issues this season.

"In the beginning straight away the car felt good and I saw Lewis was struggling a bit with traction. I used my battery as much as I could and of course he has more to lose than me in the championship so I went for it in Turn One and then I could do my own race. The car was unbelievable, if I had to speed up I could. It was a very tough race and incredible to win."

Pole-sitter and championship leader Lewis Hamilton finished in second place, failing to match the pace of Verstappen throughout the race. The Brit managed to keep his lead off the line as Kimi Raikkonen, who was due to start alongside him, failed to make the start due to an engine issue.

However, on lap 4 of the race, Verstappen was able to use DRS to get by Hamilton at Turn 1. The three-time world champion had been complaining on the radio about de-rates, meaning he was losing power at the end of the straights.

Daniel Ricciardo held onto third place despite coming under heavy pressure from Sebastian Vettel at the end of the Grand Prix. Vettel, who started right from the back, managed to pull his Ferrari up into the top four and limit the damage.

Vettel was involved in a bizarre incident at the end of the race. The German had his left rear suspension ripped off after the chequered flag as he attempted to pass Lance Stroll in the middle sector on the cool down lap.

Valtteri Bottas was the next to cross the line in fifth place. The Finn has struggled with his Silver Arrow all through the weekend and couldn't keep up with his rivals ahead. Bottas headed Sergio Perez, who finished the race in sixth.

In Saturday's qualifying session, Stoffel Vandoorne claimed his best result, and matched it in the race, coming across the line to finish in seventh. Vandoorne was ahead of the two Williams' of Stroll and Felipe Massa, while Esteban Ocon claimed the final point.

The race was hectic from the start, with Vettel reaching P13 after the first lap. After Verstappen overtook Hamilton on lap 4, the Brit failed to keep up. Further back, Fernando Alonso attacked Kevin Magnussen for P9, while Perez soared by Vandoorne for fifth place.

Bottas was up to third place after the first lap but soon found himself being overtaken by Ricciardo. The two went side by side through the first couple of corners before the Australian got the job done into Turn 4. Vettel found himself stuck behind Fernando Alonso for a number of laps, but soon managed to get by for P10.

The two Williams' were involved in a race-long scrap and came close to contact after they made their first pit stops. Stroll was leading Massa but found himself behind after bot had emerged from the pitlane. On the next lap, the 18-year-old found a way past, holding the place until the end.

Despite no safety car being deployed all race, there were a couple of incidents in which the cars came together. While Carlos Sainz and Ocon were battling for P8, Ocon was spun around as he attempted to overtake Sainz into the first corner.

Palmer also was left with a red face after he spun twice in three corners. Afer spinning at the penultimate corner, the Renault driver lost time and found himself being overtaken by Kevin Magnussen. As he attempted to get the position back into the first corner, he lost the rear and was once again left facing the wrong way.

Lap 26 saw Vettel close up on Bottas for fourth. Vettel, who was on the soft compound, didn't get by and decided to come into the pits on lap 28 for the super soft tyres. After Bottas had made his pitstop, he was behind Vettel, meaning the Ferrari driver was left to chase down Ricciardo for the final spot on the podium.

Lap 30 saw Carlos Sainz join Kimi Raikkonen in the list of retirements The Toro Rosso driver came onto the radio, stating he had no power, and was forced to call it a day. It is the Spaniard's fifth retirement of the year, his first since the British Grand Prix.

In the final stages of the race, Vettel closed up onto the back of former teammate Ricciardo. Into Turn 1, Vettel attempted to attack, but Ricciardo held him off. After that, Vettel dropped back and the order stayed unchanged, meaning Verstappen crossed the line to take his second career victory and Red Bull's second of 2017.