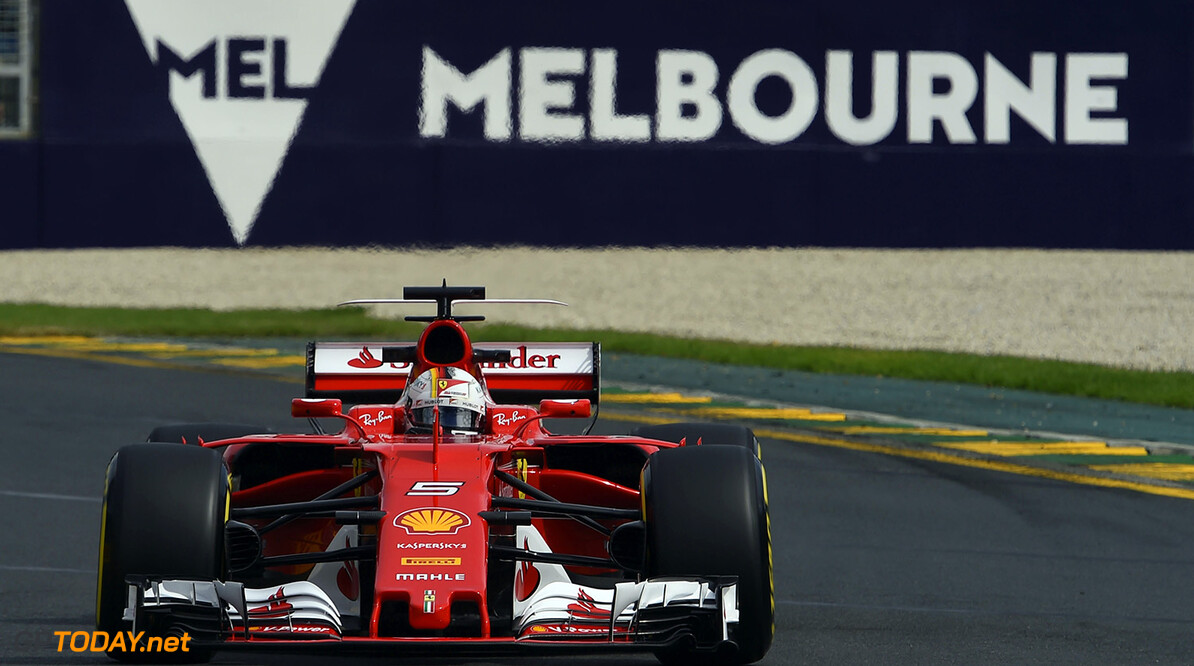 Sebastian Vettel has won the Australian Grand Prix, taking his first win since the Singapore Grand Prix in 2015. Ferrari played a clever strategy to get the German ahead of Lewis Hamilton in the pit stops.

Mercedes missed out on a win but got their drivers home second and third, with Hamilton ahead of new teammate Valtteri Bottas. The other Ferrari of Kimi Raikkonen came across the line fourth, ahead of the Red Bull of Max Verstappen.

Local boy Daniel Ricciardo joined the race on lap two after suffering electrical issues while making his way to the grid, but ultimately retired due to further issues.

Felipe Massa quietened down suggestions that he should have stayed retired for the 2017 season by driving an excellent race to finish sixth. Force India will also be happy with their day, as they claimed a double points finish with Perez in seventh, and Ocon in tenth. Also claiming a double points score was Toro Rosso, with Carlos Sainz crossing the line eighth ahead of Daniil Kvyat in ninth.

As the lights went out, Lewis Hamilton made the best start and retained the lead from pole position, while Sebastian Vettel was forced to hold off Valtteri Bottas. All seemed to be fairly neat and tidy until Magnussen and Ericsson collided at turn three, forcing Magnussen to pit.

Ricciardo rejoined the race on lap two after stopping on track on his way to the grid, but was immediately on the back foot as the local hero was a lap down from the rest of the field. Vettel started to close in on Hamilton, making up for the time he lost at the start.

The gap between the top two remained relatively unchanged until Vettel started to show some pace by setting the fastest lap of the race on lap 10. Vandoorne reported some power issues, and pitted for a reboot and got going again.

While Hamilton began to complain of overheating tyres, Jolyon Palmer in the Renault was suffering from brake issues, which continued until the team decided to retire him on lap 18. In that time the two rookies, Lance Stroll and Antonio Giovinazzi battled, after Stroll overtook Giovinazzi's teammate Marcus Ericsson.

The decisive moment of the race came on lap 17 when Hamilton pitted from the lead releasing Vettel into clean air. Ferrari decided not to react immediately and kept Vettel out on track.

This proved to be a vital decision as Hamilton closed up onto the back of Verstappen who he couldn't overtake, allowing Vettel to take advantage. He pitted on lap 23 and after a 3-second pit-stop, emerged in the lead of the race.

Marcus Ericsson was then the latest driver to retire with car problems, as Bottas and Verstappen pitted. One lap later, Kimi Raikkonen in the Ferrari also entered the pitlane. Unlike the rest of the high point runners, Verstappen stuck the super soft compound on his car, while the rest chose the soft.

Vettel was now six seconds ahead of Hamilton, and Mercedes reported to their driver that they were looking at initiating 'Plan B', more than likely a second pit-stop. However, the suggestion never came to light and Hamilton stayed out on track.

Lap 29 saw the retirement of Daniel Ricciardo, who stopped at turn 4 with a reported "engine problem" from Red Bull team boss Christian Horner. The race then moved into a quiet period until it was noticeable that Bottas was closing in on his teammate.

The yellow flags came out in sector 3 and it was discovered to be Lance Stroll, who had run very deep into the corner suffering from a brake issue which led him to retirement from his first ever Grand Prix,

A rather strange message came from Lewis Hamilton one lap later, as he said: "The power keeps dropping in and out", however nothing serious appeared to be wrong and the Brit was able to continue with the gap to his teammate ever diminishing.

Magnussen then retired, ending a day that started so promising for Haas, as Grosjean was as high as P6 on the grid. The double retirement will quickly be forgotten and they'll be looking to move on as soon as possible. The gap between Hamilton and Bottas began to stabilise at around 1.6 seconds for the last number of laps.

There was one piece of on-track action left however, as a three-way battle for the final points position on lap 52 saw Alonso, Ocon and Hulkenberg all lock horns. Ocon came out on top, as he and Hulkenberg overtook the McLaren that then retired with issues, only 3 laps before the chequered flag.

Sebastian Vettel then rounded the final corner to take victory for Ferrari, the 43rd of his career. Ferrari appears to be on the pace with Mercedes this year as the team look to end a long drought without any titles.