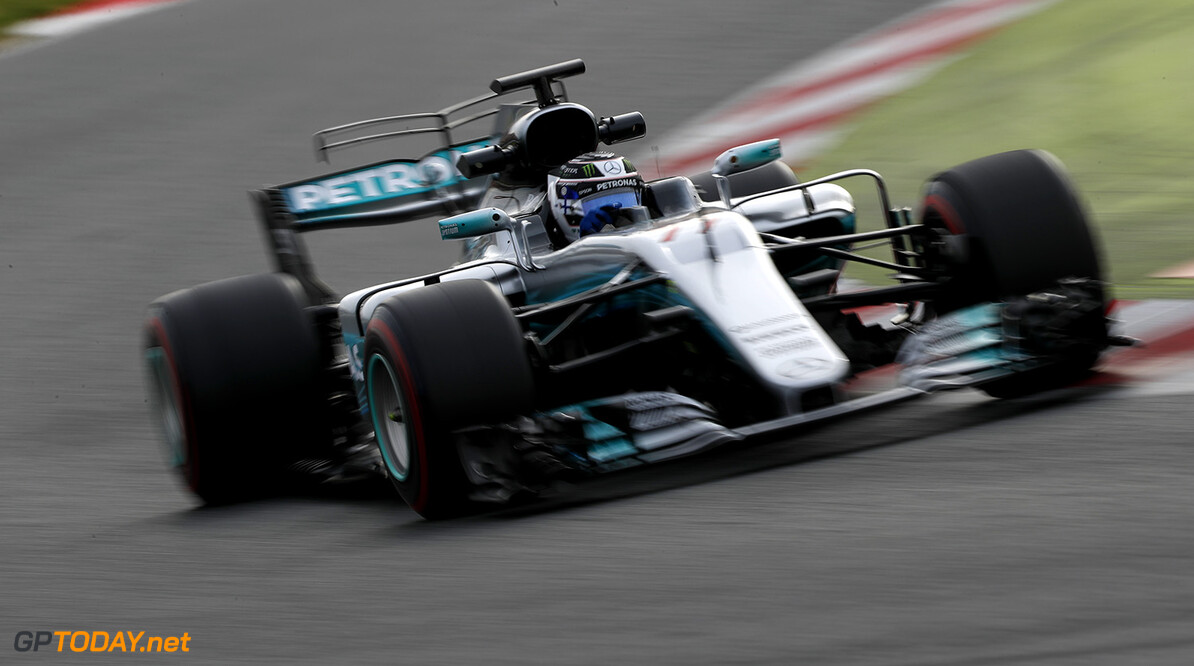 Valtteri Bottas ended the third day of testing on top, setting the best time of testing so far: a 1 minute 19.705. The Finn set 75 laps in the morning, before his team mate Lewis Hamilton took over the car after lunch, managing 93 laps.

Sebastian Vettel clocked up a fantastic 138 laps, and his quickest time was only two and a half tenths away from the Mercedes. However, his day was spoiled at the very end, when his car stopped on the main straight, minutes before the chequered flag.

Daniel Ricciardo put in 70 laps for Red Bull and ended the session third, while Palmer finished fourth, showing some decent pace and racking up 51 laps. The Brit spun off early in the session and beached the car in the gravel.

Nico Hulkenberg took over the Renault after lunch, and ended fifth with his best time four tenths off his new team mate. Sauber had a productive day at the hands of Marcus Ericsson who managed 126 laps around the Circuit de Catalunya.

Lewis Hamilton was eighth, followed by the Haas of Romain Grosjean who set 56 laps for the American team. Lance Stroll had a troublesome day, spinning the car right before the lunch break, before planting his Williams into the wall. Despite this, the Canadian no doubt collected some valuable data for his team after setting 98 laps.

Fernando Alonso had a quiet day, as the Spaniard set 72 laps in his McLaren, which ended up tenth fastest. Alonso's compatriot Sainz was eleventh, with the most exciting thing that happened to the 22 year old being a trip to the gravel at turn four.

Alfonso Celis Jr got some valuable experience as he took the Force India around the circuit, ending up with 71 laps beside his name. Finishing the list is Danill Kvyat who got 32 laps around the track in the morning session.