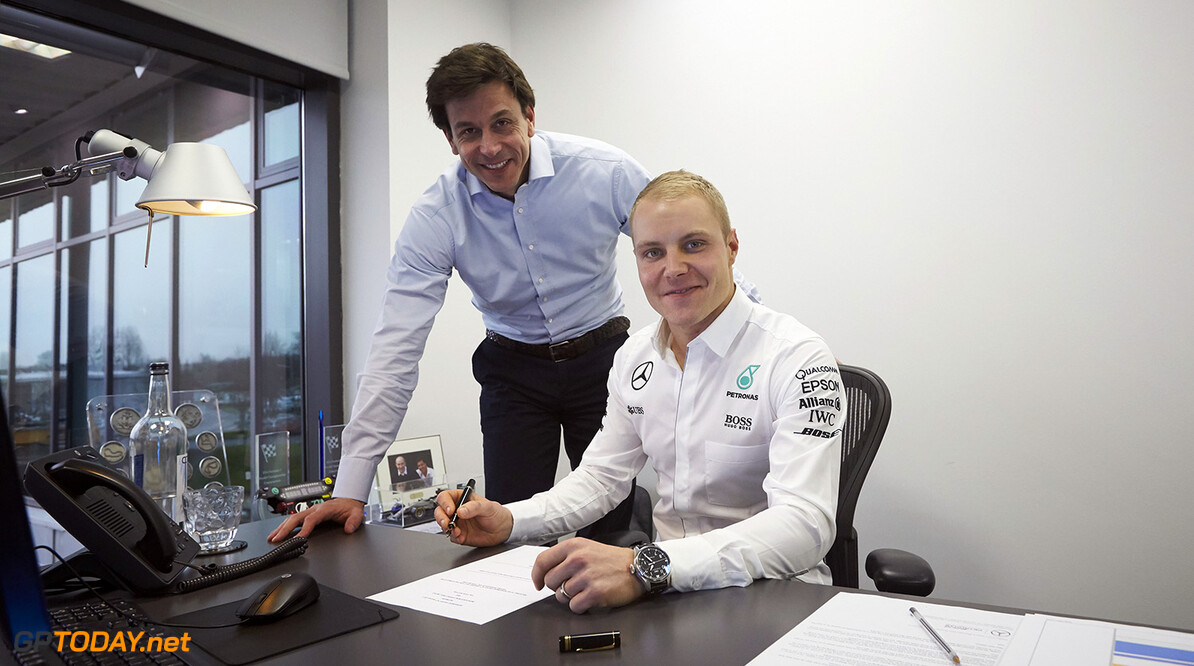 Bottas, who was previously managed by Wolff, wasted no time in picking up the phone to make it known he was interested in the seat at the Silver Arrows.

"I called, it was the same day when Nico stepped down," the Finn told Auto, Motor und Sport. "As a racing driver, you always want to sit in the very best car. I've made it clear to Mercedes that I want to win races and become world champion."

Bottas leaves Williams after four years racing for the team, and 2017 is predicted to be his toughest year in the sport as he will partner three time world champion Lewis Hamilton.

"It's a huge challenge for me. On the other hand, we also have a huge opportunity. I appreciate Lewis very high. I respect his achievements and his driving qualities. It will surely be a difficult year for me if I want success. "

One advantage that Bottas feels he has is that he will be on par with Hamilton when it comes to learning about the 2017 car due to the regulation change.

"If I had come to Mercedes in 2016, it would have been harder," Bottas said. "It is good that it is new for all. The cars will be faster in the corners and will be different with the new tires.

"It is still an advantage to know the team and the systems within the team for a long time, and know how they work. I have to catch up. My learning curve will be great."