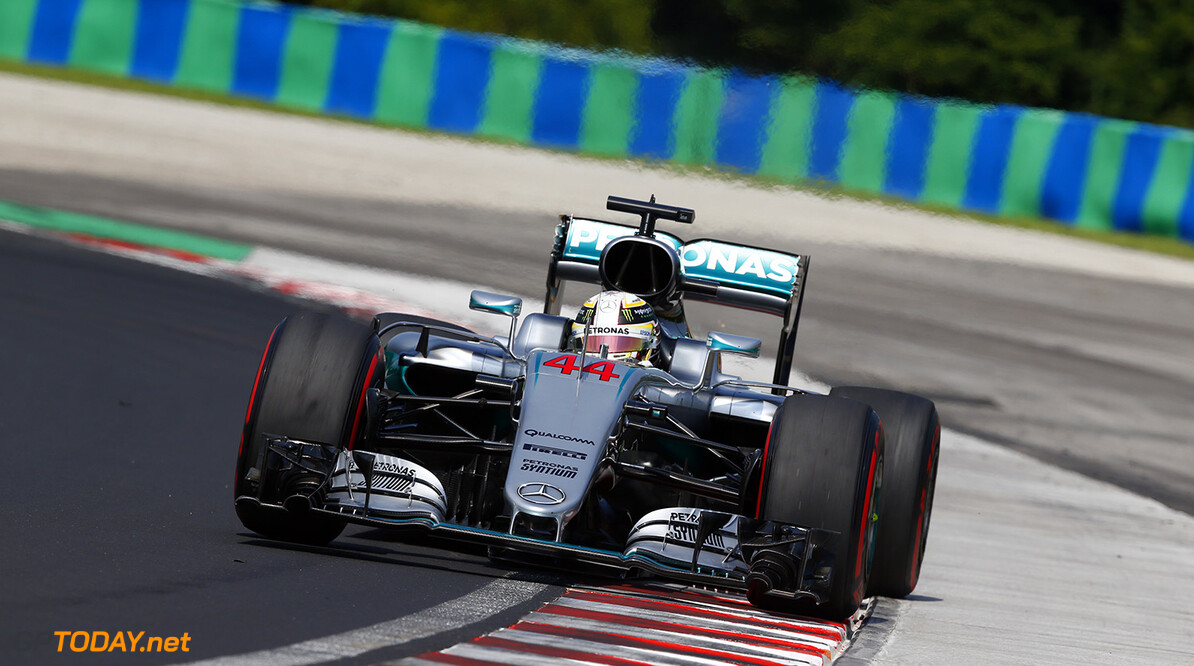 Lewis Hamilton has beaten Nico Rosberg to pole position for tomorrow's United States Grand Prix, marking the first time he has topped qualifying at Circuit of the Americas.

Hamilton's lap time of One minute, 34.999 seconds was the fastest ever lap of COTA, and was over two tenths of a second faster than Rosberg, who claimed his 24th consecutive front row starting spot.

Daniel Ricciardo was third, ahead of Red Bull team mate Max Verstappen but unlike the Dutchman and both Mercedes drivers, Ricciardo will start tomorrow's race on the super soft tyre as opposed to the soft tyre.

Kimi Raikkonen once again outpaced fellow Ferrari driver Sebastian Vettel to complete the top 10, which Nico Hulkenberg was behind both red cars in seventh.

Valtteri Bottas and Felipe Massa both returned to Q3 for Williams, while Carlos Sainz completed the top 10.

Sergio Perez just missed out in 11th place. He beat Fernando Alonso, Daniil Kvyat, Esteban Gutierrez, Jolyon Palmer, and Marcus Ericsson who were all knocked out in the second part of qualifying.

Romain Grosjean failed to get into the second part of qualifying on Haas' first appearance on home soil, he was 17th, ahead of Kevin Magnussen and Jenson Button.

Button made his early exit after being impeded by the Renault of Palmer. Palmer protested to his team that he was not given enough information with regards to traffic, leading to him impeding the 2009 champion.