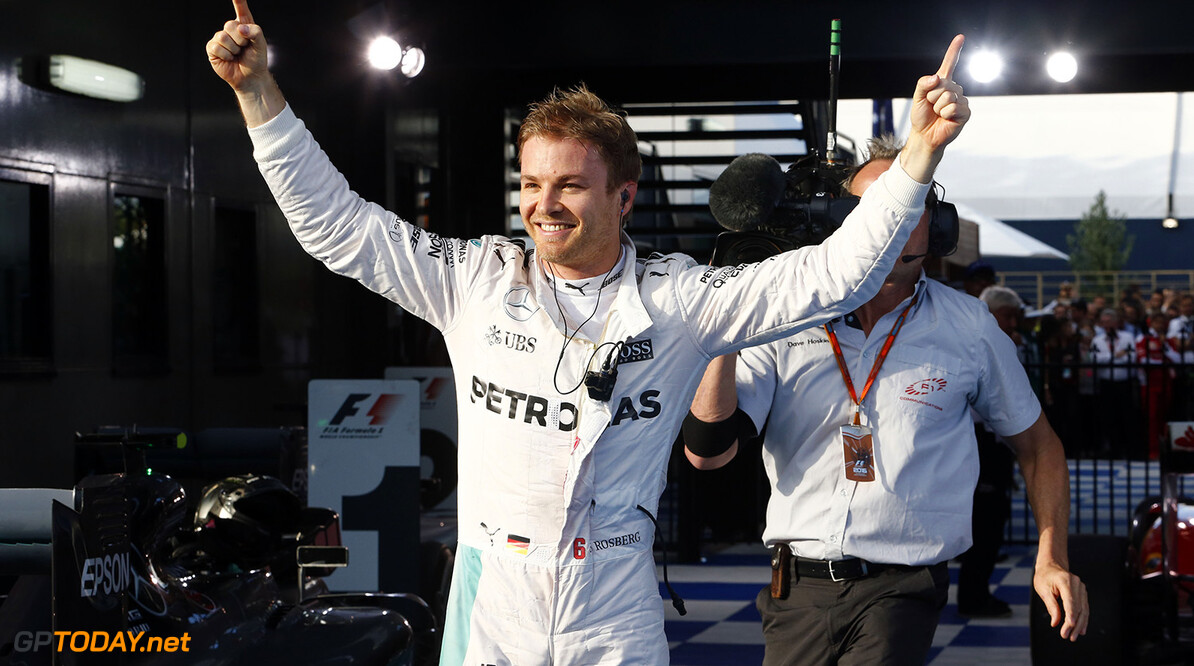 After a delayed start, qualifying got underway in wet conditions. The wet conditions provided plenty of drama with Marcus Ericsson, Felipe Mass, and Rio Haryanto all crashing out of the first session which saw no fewer than four red flags.

Pascal Wehrlein and an angry Jolyon Palmer were the other drivers to be knocked out in the first part of qualifying.

Renault driver Palmer was confident he had the pace to compete in Q2 in wet or dry conditions, but the delays and traffic meant he was not able to improve his time.

A hectic end to the second part of qualifying saw big names Kimi Raikkonen and Sergio Perez miss out on the top ten shootout, while Romain Grosjean was four tenths of a second of making the top 10 for the first time this season.

In the final part of the session Hamilton was fastest early on but team mate Rosberg and the Red Bulls of Daniel Ricciardo and Max Verstappen threatened until a spin for Fernando Alonso left many unable to improve on their times.

Rosberg was able to post a better time, despite lifting off for double waved yellow flags. His time of 1 minute 19.965 seconds was just over a tenth of a second faster than Hamilton's best attempt meaning he will line up second for tomorrow's Hungarian Grand Prix.

Ricciardo will start third, one place ahead of Verstappen with Ferrari's Sebastian Vettel rounding out the top five.

Carlos Sainz will start sixth, ahead of the McLarens of Alonso and Jenson Button, with Nico Hulkenberg and Valtteri Botta completing the top 10.