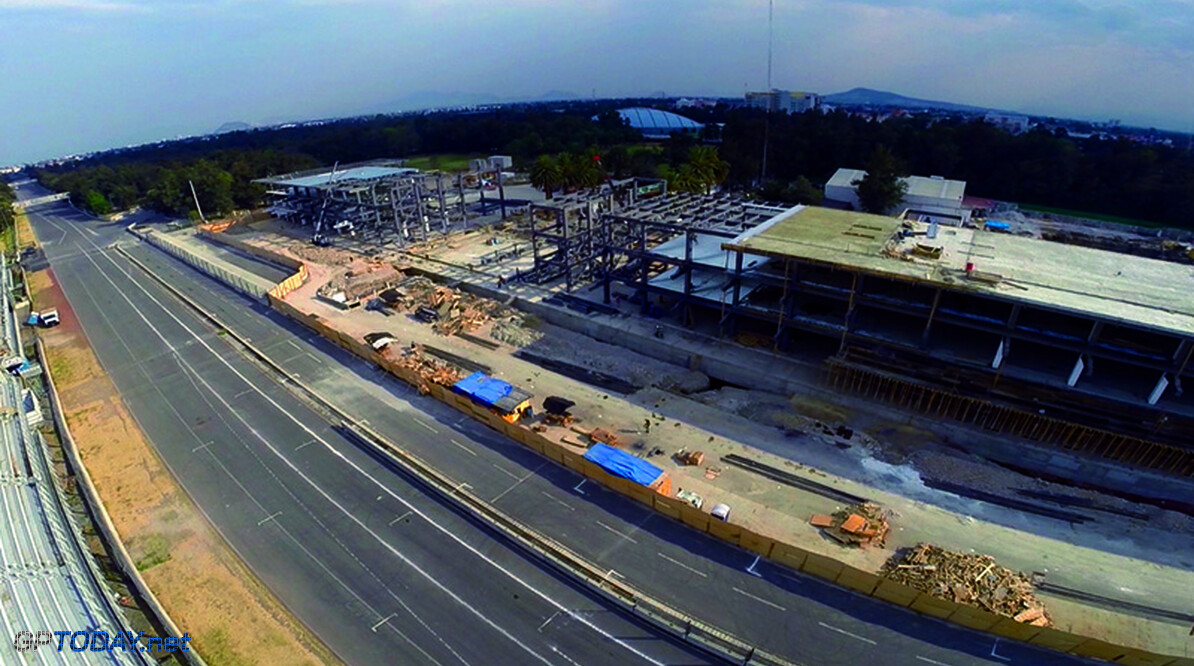 Nico Rosberg claimed his 4th win of the season after seeing off a persistent Lewis Hamilton, who consistently remained 2 seconds of the German for the entire race.

In general, the only excitement stemmed from the overexuberant Mexican fans as the cars passed through the stadium section - not to mention various genres of Mexican Music played throughout the event on SKY TV. The key talking point came when Mercedes decided to pit both of their drivers halfway through the race. Rosberg and Hamilton had built an unassailable lead giving them a free pitstop and due to Mexico being an unknown venue, Mercedes decided to play safe by pitting both cars, ensuring that both of them could make it to the end without any tyre wear issues. First to pit was lead driver Rosberg, Hamilton none no wiser found himself leading the race while the team pleaded with him to pit for fresh rubber. The newly crowned champion ask for justification because at the time his tyres were in great condition.

In the defence of Mercedes, all they were doing was covering their backs. Mexico was an unknown quantity, F1 had not raced there for 23 years and due to the high altitude proving to make certain components of a Formula One Car unpredictable, it, therefore, made pitting both drivers a reasonable idea. Most importantly it did not hamper nor favour Nico Rosberg or Hamilton.

Rosberg was jubilant, the special podium of Baseball Stadium made the German's victory seem more prestigious, not to mention that it was his first career hat-trick of Pole, Fastest and Race Win

Red Bull had a strong race, thanks to Kvyat and Ricciardo excellent starts - they must have been aggressively under-fueled for the race purely because Kvyat after the first round of pitstops had to lift and coast for around eight laps. But in doing so, it helped them to get off the line better than the others. Daniil Kvyat ran most of the race in third place till the safety car came out and the Russain was brought in by the team to pit for softs, effectively throwing away his podium. Because, soon as the Safety Car went in, the option tyre had no temperature whatsoever, meaning he was easy meat for Bottas for him to pass. However, Christian Horner took a different view after the race; speaking to SKY, Horner said the lack of power from their Renault Engine made them easy to be overtaken in Sector 1 - which was where coincidently Bottas made the move.

Mclaren's troubles worsened, through Alonso's first lap retirement and when asked if he would sit down with the team to watch the remainder of the race, he cynically replied with that he was heading for the airport.

The Honda Power Unit took a step backwards this weekend regarding it's power. Jenson Button felt that it was because of Mexico to why they suffered such a setback. However, the Briton did admit the car's chassis was effective in Sector 3 which was at least one positive to take from the race.

Ferrari had both of their cars retiring from the race since 2006. Raikkonen's incident with Bottas earned his DNF, while Sebastian Vettel had a bizarre crash - heading straight off the track and into the barriers in Sector 2.

Vettel made two unusual mistakes today, and Sky's Martin Brundle believed it to be no fault of his own, stating that it was something to do with the Ferrari's Brake by Wire System. However, Vettel insisted on blaming himself and not the car, by telling the team that he was "Shit today" as a way of an apology. Raikkonen's incident with Bottas was deemed as a racing incident by the Race Stewards, but, reports from Finish media suggested that he laid the blame entirely towards his fellow countryman claiming that Bottas will need to sort himself out if he is to have a career in F1

Unlike his team mate, Nico Hulkenberg lucked into 7th with the safety car coming out just at the right time to allow him to pit quickly for fresh tyres to ensure the German earns his 50th Point Finish. Force India earnt 10 points today which will almost but see them finish 5th in the constructors with three just races to go.

Toro Rosso continued making inroads in the Constructors' Championship, thanks to Max Verstappen's 9th. The Red Bull 'B Team' now just six points off Lotus, who occupy 6th position in the championship.

Carlos Sainz, who has been unlucky this year, endured a lacklustre race and if it were not for his errors during the initial phases, then he could have grabbed 10th place from Grosjean. Sainz alluded to this on team radio, stating: "We had the pace today, but we did not use it". Lotus meanwhile have one small piece of good news from the race, which was Bob Bell could be returning to the team, after resigning from his consultancy position with Manor Marussia.

Sauber ended their two race run in the points, with an angry Flipe Nasr, who inevitably had a brake failure - after Jenson Button had reported on team radio that they were on fire during the safety car period. In hindsight, he should have been pitted and retired on safety grounds, but the team felt that after the race had restarted, the brakes would have eventually cooled down. Nasr's DNF was resounded by his post-race comments of " That could have been worse if they had failed after the main straight"