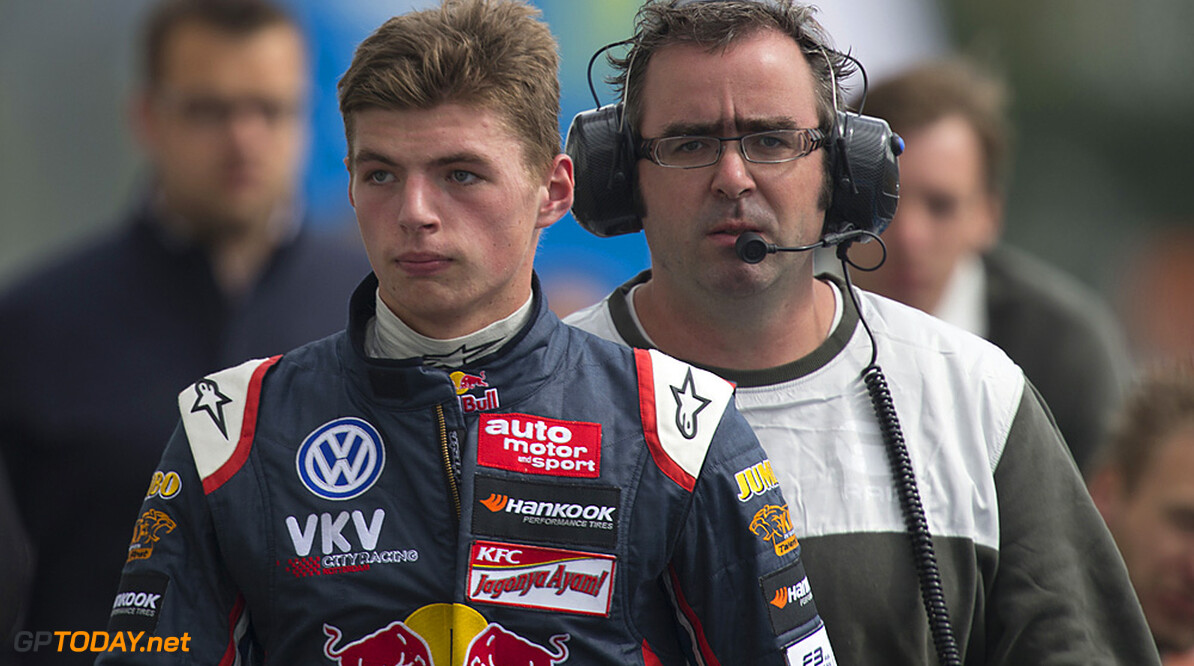 As F1 woke from its summer slumber, the big talking point at Spa was 16-year-old Jos Verstappen. "At least Red Bull's marketing is working well because almost all the questions are about that," smiled Fernando Alonso.

Felipe Massa is quoted by the Dutch newspaper De Telegraaf: "First, it's good that there are teams interested in talented drivers instead of just the money they bring. Max is a little on the young side but we will have to see how it turns out," the Brazilian added.

Massa's opinion was fairly widespread up and down the paddock -- history-making 2015 rookie Verstappen is extremely young, but he seems to have earned his place on the grid and should grab the opportunity with both hands. "All the journalists are always asking, 'Is it only money that can get you into the sport?'" said Mercedes' Nico Rosberg. "It's great to see if you have the talent and deserve it."

Alonso said: "Age is just what is on your passport. Some are ready at 17, some are not ready at 29." Jenson Button, F1's most experienced driver, on Thursday recalled being phoned more than 14 years ago by Sir Frank Williams, asking him if he was ready for F1. He was 19. "I said no initially," said the Briton. Most F1 drivers asked on Thursday agreed with Button's assessment.

Lewis Hamilton said he pushed for an early debut long before his actual first race in 2007, but was rebuked by McLaren's chiefs and also his father. "When I did arrive, I was ready and that was why I had success," he is quoted by Brazil's Totalrace. "But each driver has a different path -- Kimi (Raikkonen) for example did not have much experience."

Raikkonen, whose 2001 debut was highly controversial, said at Spa: "I did well. Time will tell how he will do. "The sport is more straightforward now than in the past, so I don't think he will have problems and I hope he does well." Adrian Sutil also said Verstappen is right to grab his chance. "It might be the only one you get. I would probably do the same if I got the call and I was 17 or 18."

Alonso, though, has made a point over the last few days of hinting Red Bull should have promoted his countryman Carlos Sainz jr rather than the younger and less experienced Verstappen. "It does appear that Carlos at 19 is higher, he is the leader of the World Series and has everything it takes to be a great driver," said the Spaniard. "I'm sure he will be in F1 sooner or later so I'm not worried about that."

Former F1 team owner and boss Gian Carlo Minardi thinks so too. "This move has surprised me," he is quoted by El Confidencial, "because it causes problems for Carlos Sainz jr who has been part of the Red Bull family for years.

"For this reason I could see Toro Rosso (in 2015) with Sainz jr and Kvyat at Red Bull, taking the place of Sebastian Vettel. Do not forget with have a very determined Honda fighting for a top driver, and Alonso, Hamilton and Vettel are all unhappy with their situations. We could be close to many changes with a domino effect," added Minardi. (GMM)
F1 News Fernando Alonso Jenson Button Felipe Massa Lewis Hamilton Nico Rosberg Sebastian Vettel Carlos Sainz Jr Mercedes Williams McLaren Honda Minardi
.