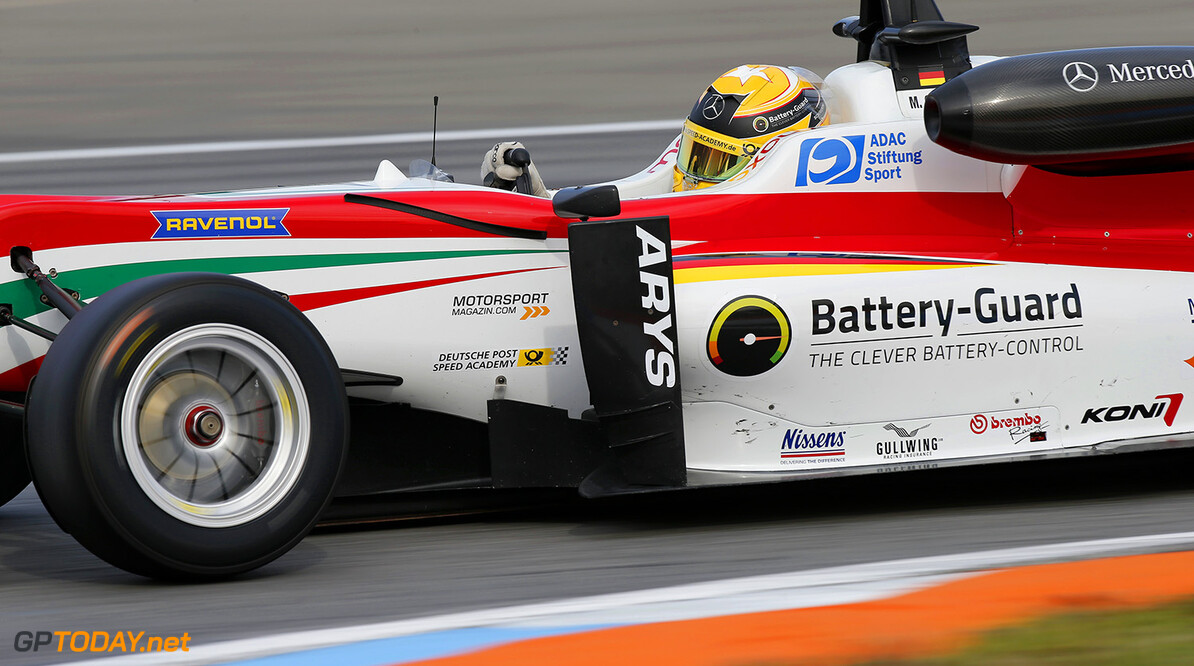 Max Gunther has won his second race of the weekend, taking two out of a possible three victories at Pau. The German had the race handed to him as long time leader Lando Norris hit the barriers near the end of the race.

Lando Norris got a phenomenal start holding of the Prema of Gunther. Harrison Newey stormed passed Joel Eriksson for fourth position. Norris stormed off ahead followed by the pushing Prema’s of Gunther and Callum Ilott. Behind was a train consisting of Harrison Newey, Joel Eriksson, Ralf Aron and Joey Mawson. The latter Mawson hit the wall but seemingly suffered no damage.

German David Beckmann crashed into the barrier bringing out the safety car and ending Norris’ lead which was up to three seconds. Mawson, whose car at first appeared to be driveable was not, and he went into the pits for a new nose after the call for the safety car, later retiring from the race altogether. Hitech’s Jake Hughes also peeled into the pits and joined Mawson as a retirement.

Upon the restart, Aron brought his elbows out and the Estonian went round the outside of Newey and stuck side by side until he had the inside line for turn three. Keyvan Andres broke his suspension on the way into the chicane and went straight into the barrier. There was no need for a safety car as the Motopark car was quick to be removed from the track. That was music to the Carlin driver of Norris who had built his lead up to two and a half seconds from Gunther.

It all seemed set for Norris to win the 76th Pau race with two Prema’s joining him. With not long left to go, there was a shock to see a Carlin in the walls and it was none other than the leader himself, Lando Norris. Replays showed the Brit just lost it going in with race ending consequences. It also brutally reminded everyone there is so no margin for error. Luckily, the stricken Carlin was removed quickly and before we knew it Gunther had passed the line to win in Pau.

He was joined on the podium by fellow Prema driver Ilott and Estonian driver Aron, who picked his way through the field after starting seventh. Jehan Daruvala battled with Mick Schumacher and eventually beat the German to get on the top step of the rookie podium which was completed by Marino Sato. The three finishing eleventh, twelfth and thirteenth respectively.

The dramatic race means Norris and Eriksson go to the Hungaroring tied on points at the top of the championship standings.