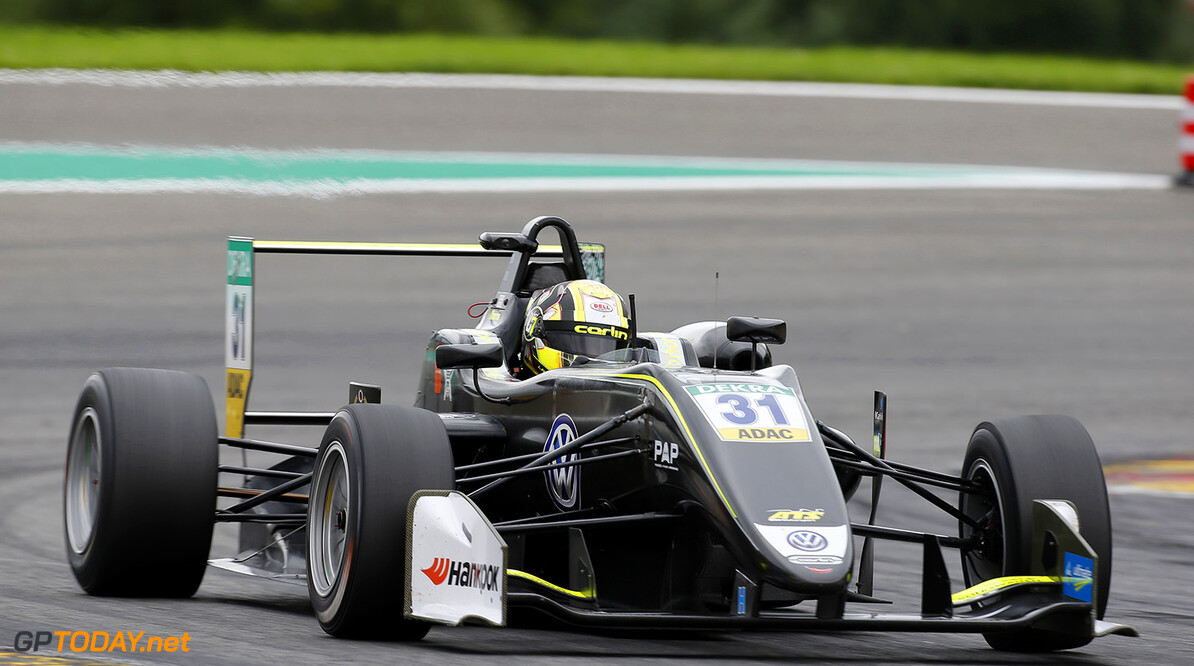 Carlin's Lando Norris stormed to victory during Race 1 of the Formula 3 European Championship at Zandvoort on Saturday morning, keeping his lead from pole to win by a significant margin from second-placed Joel Eriksson and Max Gunther in third. Ferdinand Habsburg lost out on a podium position after bogging down at the start, ultimately coming home fourth after holding off a charging Callum Ilott.

As the lights went out, Norris seized the lead without challenge as his team-mate Habsburg struggled to get away - he quickly fell to fifth as the field approached Turn 1. As it turned out, Norris would not have to defend his position for long, thanks to a Safety Car period initially triggered by Prema's Guanyu Zhou. As he jostled for position with Hitech's Ralf Aron, the two made contact, and an unsuspecting David Beckmann was also collected by the accident.

Aron came to rest safely on the outside of the corner, but the momentum Beckmann carried was enough to ensure that his car dug into the gravel and overturned - albeit at relatively slow speed. The Safety Car slowed the pace of the pack as both machines were cleared away; Beckmann thankfully escaped his ordeal without injury. It peeled into the pits again on lap 6, when Eriksson made the only attempt on Norris' lead in the race. It failed, and the Motopark man was ultimately forced to settle for second as Habsburg made a move on Ilott, taking fourth.

The battle between the latter two drivers would form one of the main focus points of the race, such was Norris' dominance and the lack of action behind. For lap after lap, Ilott would close back in on Habsburg with a view to retaking fourth place, but on each occasion he was not quite close enough on a circuit where overtaking is tricky for any driver. He also had tyres to look after, and at one point lost time when he pushed them too far.

At the front, Norris was free to concentrate on his own race, and as a result of this, nearly every lap saw him open up an even bigger gap to second. By lap 10, he led by 2.7 seconds, and this had increased to a huge 5.4 secs on lap 18. When he finally took the chequered flag after 21 laps of racing, he had left Eriksson well and truly in his wake, some 8.9 seconds behind. The Swede took second unchallenged, and Gunther also took a comfortable third.

There was ultimately no overtake in the Habsburg-Ilott duel as they remained in their spots to the flag, leading home Mick Schumacher, who claimed sixth even under some pressure from Pedro Piquet and Jake Hughes behind. Jehan Daruvala and Harrison Newey rounded out the top ten, and the remaining six finishers were Nikita Mazepin, Keyvan Andres Soori, Ameya Vaidyanathan, Joey Mawson (who started last and received a penalty for lining up incorrectly on the grid), Marino Sato and Guanyu Zhou, who was also penalised for causing the aforementioned crash and came home last. Aron, Beckmann and Tadasuke Makino failed to finish.