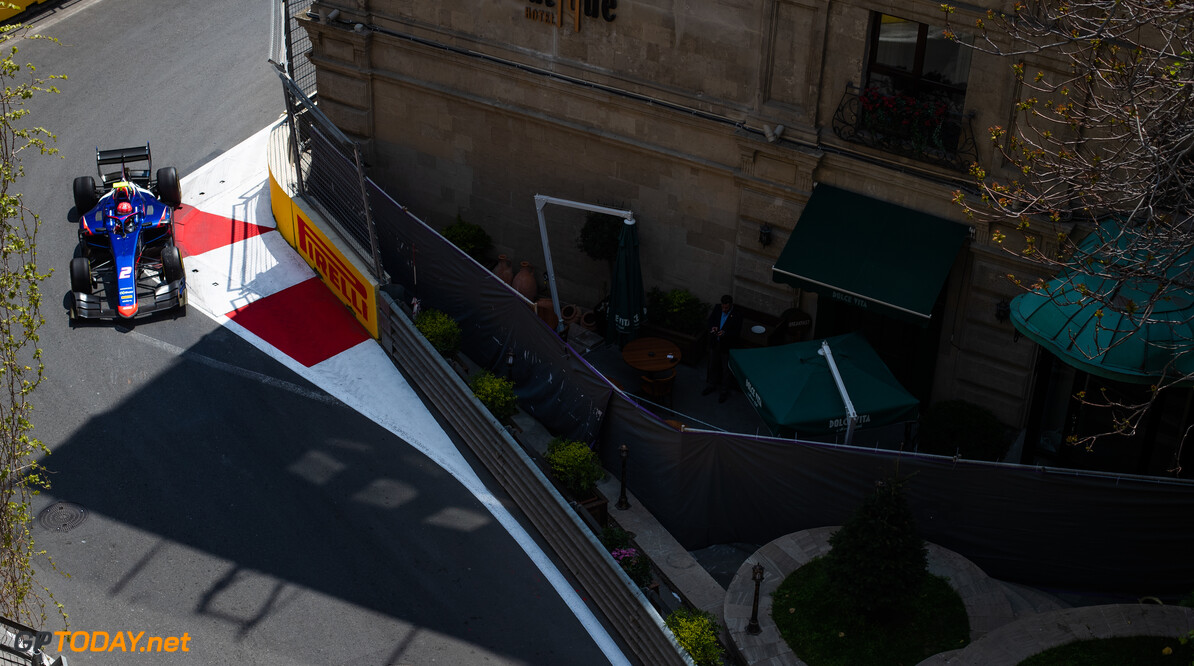 Nobuharu Matsushita has grabbed pole position for the Azerbaijan feature race, setting a dominant time that his rivals couldn't match.

The Japanese driver clocked a 1:54.555, which was four and a half tenths ahead of Nyck de Vries, who will share the front row with Matsushita on Saturday afternoon.

Luca Ghiotto, who topped the practice session this morning, had to settle for third place.

The start of the session was delayed by over 30 minutes as the FIA carried out an inspection on the track, following a loose drain cover incident in the first Formula 1 practice session.

Sean Galeal is under investigation after he stopped with a car issue during the session. He received a push start from the marshalls, which sent two of them tumbling over and returned to the pits.

Most drivers made improvements in the final moments, as the track conditions improved. Sergio Sette Camara was fourth, but was a long way off Ghiotto ahead.

After showing strong pace in practice, Jordan King was fifth, edging out Mick Schumacher in the final moments.

Anthoine Hubert continued his impressive rookie campaign by qualifying in ninth, despite a major moment at Turn 16 on his final lap. Ralph Boshung rounded out the top ten.