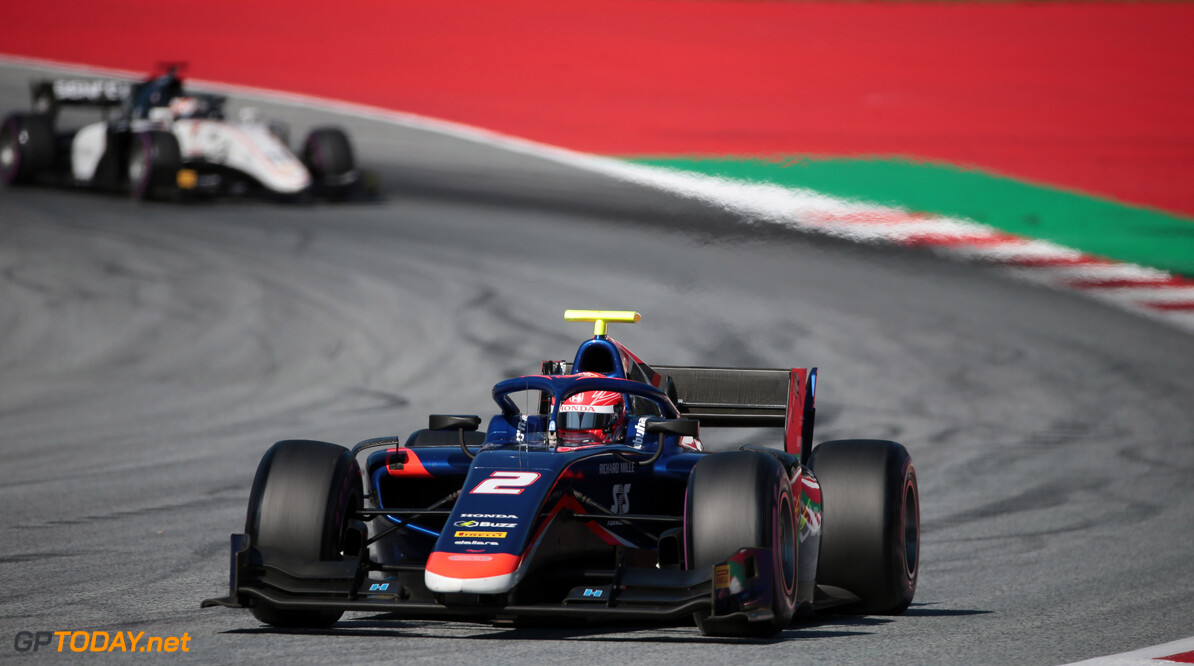 Feature Race: Matsushita charges to his first win of 2019

Nobuharu Matsushita has won the feature race at the Red Bull Ring, taking his first win of the 2019 season.

Matsushita took the lead of the race in the latter stages, overtaking Nyck de Vries who started the race on the pole position.

However, de Vries struggled with his tyres in the last ten laps and found himself getting swamped out of the podium as Luca Ghiotto and Sergio Sette Camara made their way past.

However, de Vries was promoted back onto the podium as Sette Camara had a five-second time penalty for hitting his teammate Nicholas Latifi during the race.

The penalty drops the Brazilian to fifth place, while Anthoine Hubert, who started alongside de Vries on the front row, inherits fourth.

Guanyu Zhou was running at the front of the pack early on but a mechanical issue which dropped him down the order.

However, the Chinese driver recovered well to cross the line in sixth place ahead of Louis Deletraz and Jordan King who will start tomorrow's race from reverse grid pole.

Nicholas Latifi also produced a recovery drive after getting tagged by his teammate and picked up two points for himself, while Jack Aitken crossed the line in tenth.