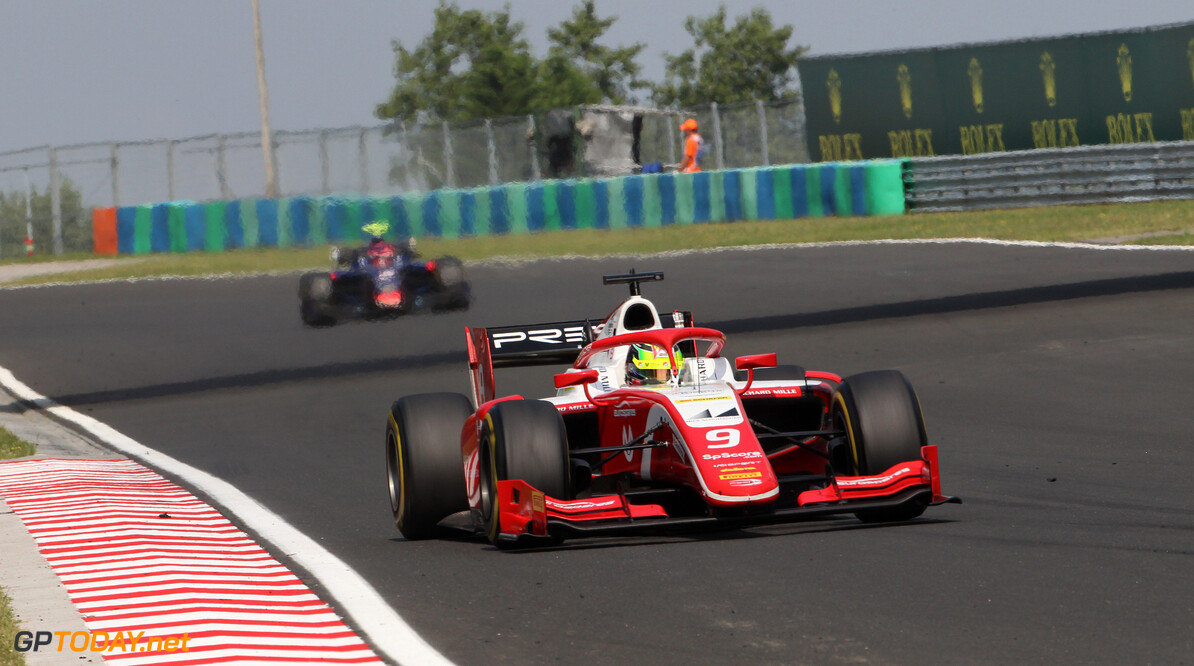 Mick Schumacher has won his first race in the FIA Formula 2 championship, as he held off Nobuharu Matsushita throughout the entire 28 lap race.

Matsushita remained roughly a second behind the German driver throughout the race, keeping the pressure on the Prema driver.

However Schumacher, who started the race from reverse grid pole position, held his own and crossed the line in first place.

Matsushita, who started on the front row, attempted to overtake Schumacher on the opening lap around the outside of Turn 1, however he couldn't make it stick.

"It was an amazing race, thank you to the team for delivering a car like this," he said. "Credit to Nobuharu who kept me entertained, it was not easy.

"The tyres were degrading and it was not easy to keep them alive. I was always having pressure, looking in the mirrors."

Sergio Sette Camara made his way up into third place on the opening lap where he ended up finishing the end of the race.

The DAMS driver attacked Matsushita for the second spot early on, however he went wide at Turn 1, which allowed  Matsushita back through.

King held onto fifth place ahead of Jack Aitken, who has scored points at six out of the lap seven races.

Behind Aitken, there was a few seconds buffer the Nyck de Vries, who very slightly gained in the championship once more, as Nicholas Latifi was seventh.

Luca Ghiotto took the final point for Uni-Virtuosi, finishing one second of teammate Guanyu Zhou, while Callum Ilott rounded out the top ten - however he was 10 seconds behind Zhou.

The race saw just one retirement, as Tatiana Calderon dropped out after making contact with Arjun Maini. The Indian driver was able to continue after the contact and crossed the line in 16th.