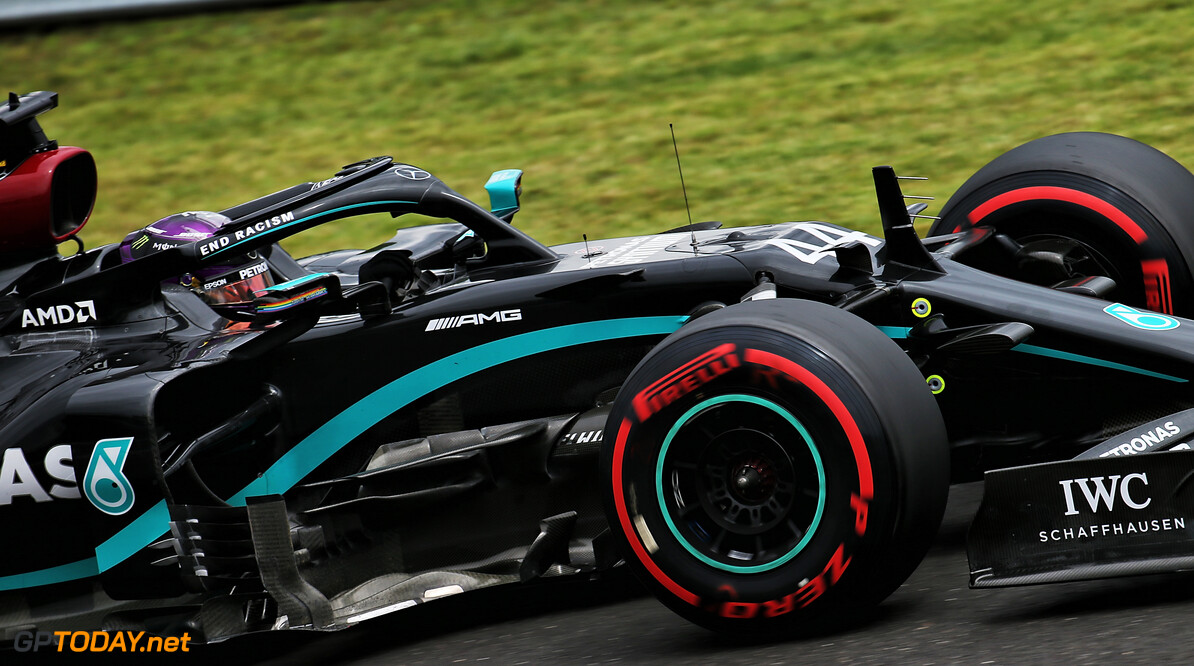 Lewis Hamilton has claimed pole position for the Hungarian Grand Prix as Mercedes stretched its legs over the competition on Saturday.

The six-time world champion ousted his teammate Valtteri Bottas by one-tenth of a second, while Racing Point locked out the second row, keeping up the strong pace it has shown throughout the weekend.

Only one Red Bull car progressed into the final stage of qualifying on a weekend it was tipped to bring a challenge to Mercedes. Alexander Albon, who struggled throughout the weekend, dropped out after ending Q2 in P13.

Ferrari enjoyed a more positive qualifying session compare to the two outings in Hungary, with Sebastian Vettel and Charles Leclerc sharing the third row of the grid.

The Maranello-based team will be the first to start on the soft tyres, as both Mercedes' and Racing Point's progressed from Q2 on the medium compound.

Max Verstappen was seventh fastest, highlighting Red Bull's struggles. The Dutchman, who claimed his first career pole at this venue 12 months ago, was one-tenth faster than the McLaren of Lando Norris.

Norris' teammate Carlos Sainz was ninth fastest, while Pierre Gasly rounded out the top ten. The AlphaTauri driver failed to set a timed lap in Q2, as a power unit issue that developed throughout the day ended his session early.

George Russell once again starred on a Saturday, getting his Williams into Q2. His teammate Nicholas Latifi also avoided the initial drop zone, meaning Williams saw both of its cars progress beyond Q1 for the first time since Italy 2018.

After showing strong pace at the Styrian Grand Prix, Renault failed to get a car into the top ten, with Ricciardo getting the better of Ocon on the timesheets.

Both Haas and Alfa Romeo cars failed to advance from Q1, as well as the second AlphaTauri of Daniil Kvyat.