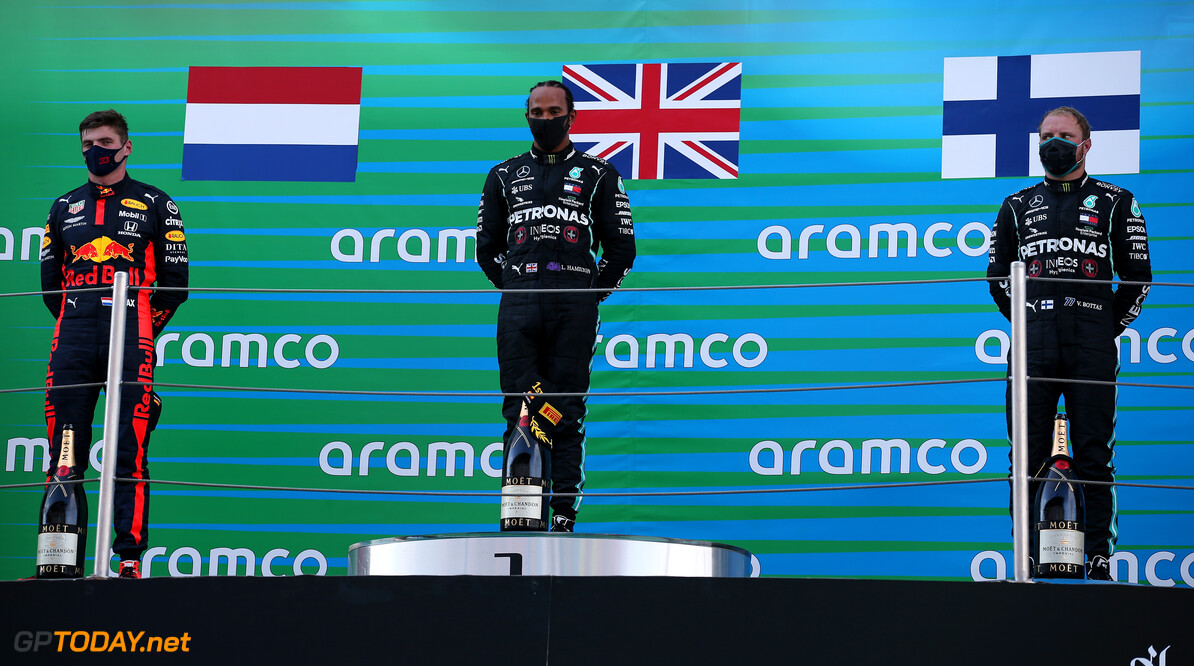 Bottas: Win at Barcelona possible with a good start

Mercedes driver Valtteri Bottas was confident he could have challenged for a victory during Sunday's Spanish Grand Prix, had he not had such a poor start.

Bottas lined up in second on the grid, alongside teammate Lewis Hamilton on the front row. However, the poor getaway left him vulnerable to the cars behind and unable to challenge Hamilton for the lead.

The start saw Bottas drop to fourth behind Max Verstappen and Lance Stroll, and although he managed to take third from Stroll in the opening laps, Bottas admitted there was nothing that could have been done to take second back from Verstappen.

Bottas was unsure why he got such a poor start off the line, but confirmed that he will look into it with the team and figure out why his initial launch off the line was not as good as his teammate's.

The Finn explained how he will go over the data and make use of onboard cameras to try and understand the incident and make sure it doesn't happen again.

Bottas also suffered a poor getaway at the Hungarian Grand Prix in July, in a race that again saw him finish third behind Verstappen, while Hamilton took the victory.

"I think with a good start, a win would have been possible, but the start was bad," Bottas said.

"I don't know yet [what happened], we need to analyse but I was on the outside line for turn one, lost places there. Then, of course, this track it becomes a bit more tricky, so I tried to do everything I could and maximise every stint but there was not really much to do once Max was ahead.

"[He will do] everything to understand. Of course, from the data and videos and all that so for sure, we will analyse that."