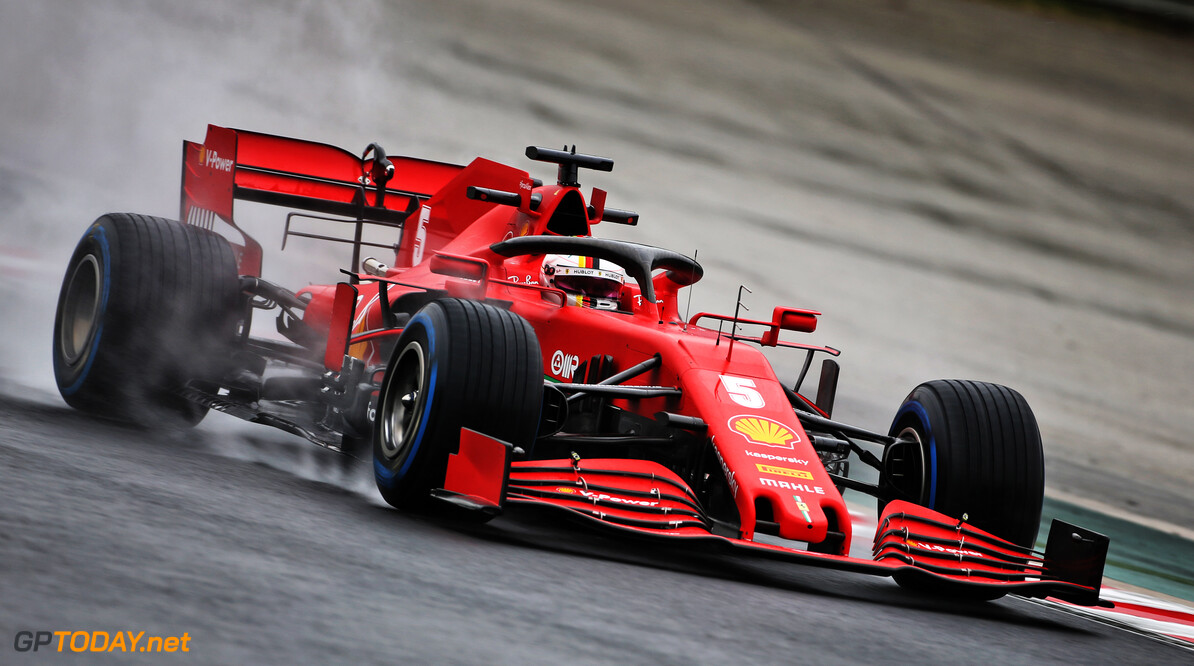 Sebastian Vettel has ended the second practice session from the Hungaroring as the fastest driver, laying down a 1:20.464 in wet conditions.

Rain fell hard in the hour before the start of the session, which led to the cancellation of the Formula 3 qualifying session.

The wet conditions stayed throughout the 90 minutes of running, with a number of drivers option not to take to the circuit in the tricky settings.

Valtteri Bottas was second for Mercedes, almost three-tenths down on Vettel. Reigning world champion Lewis Hamilton who was one of those who opted not to set a time during the session.

Carlos Sainz was third for McLaren, ending up over one second down on Vettel, the driver he will be replacing at Ferrari in 2021.

Lance Stroll and Sergio Perez, who were the early adventurers in the opening minutes of the session, ended up fourth and fifth respectively.

Pierre Gasly was sixth for AlphaTauri, but ended the session complaining of smelling something burning at the rear of his car - however he emerged back out onto the circuit after a quick scan was performed by the engineers.

Max Verstappen was seventh, ahead of Romain Grosjean Grosjean, Kimi Raikkonen and the second Ferrari of Charles Leclerc.

Rain is in the Budapest vicinity on Saturday, and a wet final practice session could unfold ahead of qualifying in the afternoon.