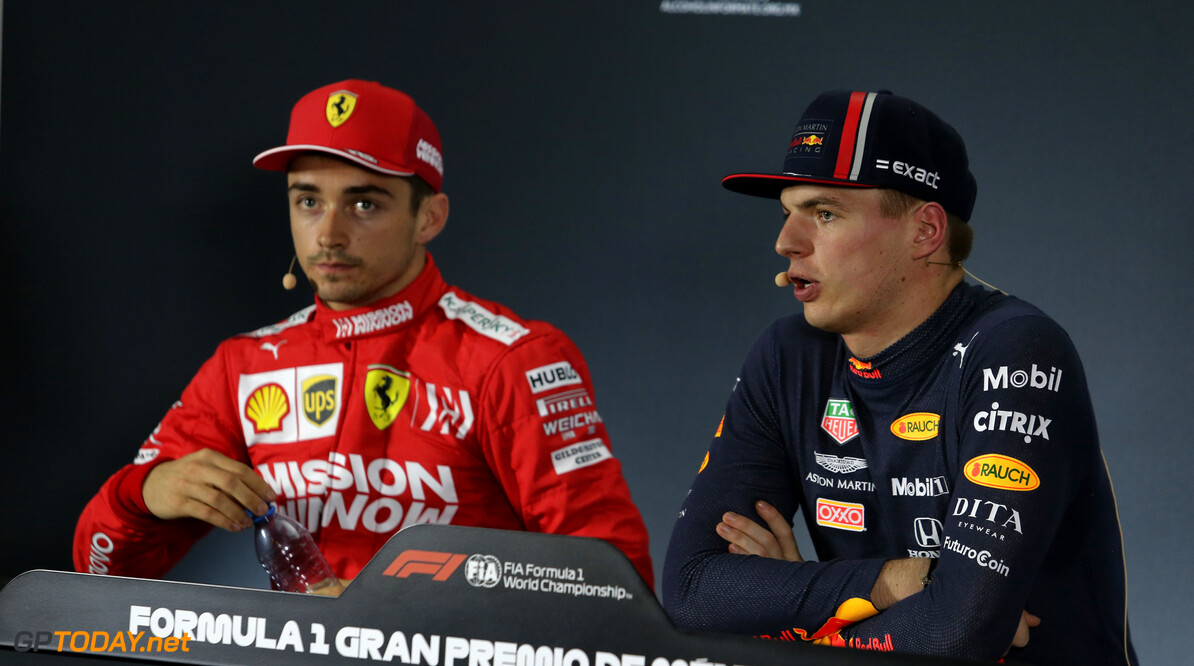 Charles Leclerc has taken pole position for the 2019 Mexican Grand Prix, securing his seventh pole of the season.

Max Verstappen set the fastest lap in the session but came under investigation after the session for failing to slow under yellow flags following a crash for Valtteri Bottas.

On his second run, Leclerc made a series of mistakes in the final sector and couldn't improve, while moments later behind him, Bottas hit the wall at the final corner.

Bottas oversteered late on in the corner and slid along the wall before coming to stop after hitting the TecPro barriers.

The Finn's fastest lap time was good enough for sixth place, two-thousandths of a second behind Alexander Albon who failed to improve on his second lap.

While Albon and Bottas will share the third row, Sebastian Vettel will start on the front row alongside teammate Charles Leclerc - Lewis Hamilton and the penalised Verstappen will line-up in third and fourth.

All of the drivers inside the top six will start Sunday's race on the medium compound, as they all set their fastest Q2 times on the yellow-walled tyre.

After showing strong pace on Friday in the second free practice session, Toro Rosso couldn't get the better of McLaren in qualifying, who once again ended as the fastest midfield team.

Carlos Sainz set the seventh fastest lap time in the session, ending up over three-tenths of a second ahead of teammate Lando Norris, with whom he will share the fourth row with.

Both Toro Rossos managed to make it into the final stage of qualifying, with Daniil Kvyat out-qualifying teammate Pierre Gasly, who rounded out the top ten.

Local favourite Sergio Perez was 11th fastest and found himself knocked out in Q2 - however, the Mexican will have a free choice of tyres for the start of the grand prix.

In what has been a tough week for Renault following their disqualification from the Japanese Grand Prix results, both of its cars failed to make it into the final stage of qualifying, joining Perez and the two Alfa Romeos in the Q2 elimination zone.

Lance Stroll found himself out in Q1 once more, as did the Williams duo. Both Haas' also found themselves with an early exit, as they failed to make the cut-off for Q2.