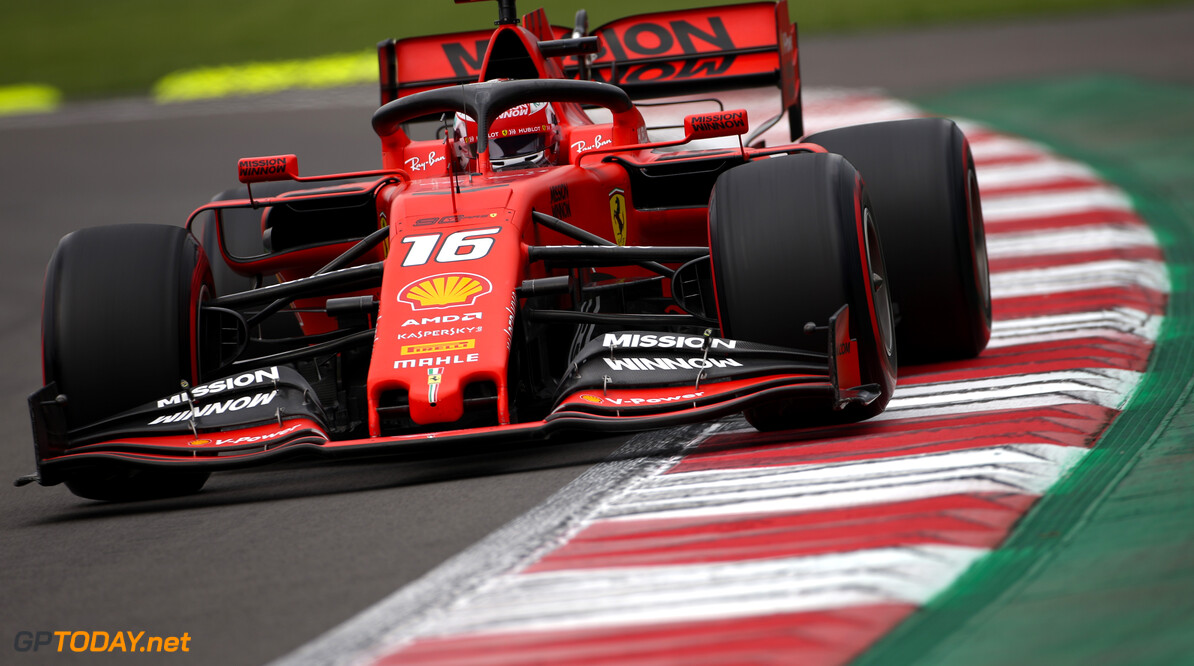 The session started on a damp circuit, with intermediate tyres being used to clear the water that was present on the circuit.

The track was still drying in the final moments of the session, with drivers improving on their final laps on the soft compound ahead of qualifying.

Leclerc's lap time put him 0.027s ahead of Sebastian Vettel, who ended FP2 as the fastest driver on Saturday afternoon.

Both Mercedes cars followed in third and fourth, with Valtteri Bottas leading Lewis Hamilton. The Silver Arrows initially completed their one-lap runs on the medium compound before fitting the red-walled soft tyre.

Carlos Sainz set a strong lap time in his McLaren to place himself fifth in the timesheets, ahead of the Red Bull of Max Verstappen.

Alexander Albon found his final hot lap in the interrupted by traffic, meaning he had to settle for seventh place, behind Pierre Gasly.

Gasly only emerged in the session halfway through, as he is reportedly feeling sick due to a stomach bug that has affected a number of people in the F1 paddock in Mexico.

Lando Norris ended up as the ninth fastest driver, setting a lap time that was only marginally faster than local favourite Sergio Perez, who rounded out the top ten.

It was a far from ideal session for Renault, as both of its cars failed to set a single lap time during the 60-minute session.

The Enstone squad discovered that one of its cooling systems was polluted, with the process of cleaning it out requiring careful work as to not damage a component.

Renault ended the session behind Williams and Haas, with the latter two teams running two-by-twos from 15th to 18th.