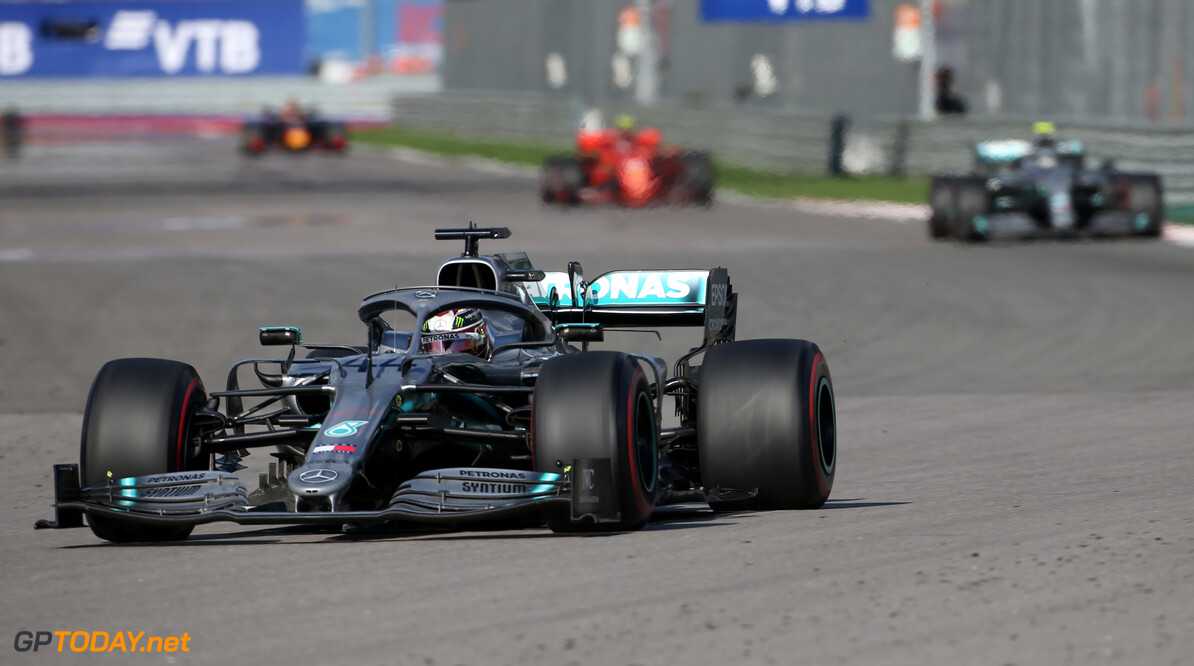 Lewis Hamilton has taken his ninth win of the 2019 season as he crossed the line ahead of Mercedes teammate Valtteri Bottas to take the chequered flag.

Hamilton inherited the lead after a virtual safety car was called following a problem for Sebastian Vettel, who pulled to the side of the circuit in the final sector.

Vettel headed the field throughout the opening stint of the race, as he took the lead from third place into Turn 2 on the first lap, using the slipstream of teammate Charles Leclerc to fly past Hamilton and Leclerc.

However, it was revealed that Ferrari had orchestrated the slipstream to ensure it had a one-two after the opening lap, and requested that Vettel let Leclerc past.

Vettel didn't do so as he stated that Hamilton was too close and he started to pull away from his Ferrari teammate, with the gap reading 4.4 seconds at its peak.

Ferrari opted to pit Leclerc first on lap 22 for the medium tyre and when it called Vettel in four laps later, he emerged behind the Monegasque driver.

Vettel's problems emerged later in the lap, forcing him to pull up and retire from the race. Mercedes, who started the race on the medium compound, pounced on the opportunity to pit both drivers, putting Hamilton into the lead of the race.

Leclerc gave up track position to Bottas as he pitted for soft tyres under a full safety car that was called during the virtual safety car, as George Russell hit the barriers when something appeared to break on his car.

Leclerc attempted to pass Bottas for second place in the final laps, however he couldn't make his way past, allowing Mercedes to secure its eighth one-two finish of the season.

Max Verstappen drove his way to fourth place after taking a grid penalty for a new internal combustion engine while Alexander Albon fought his way through the grid to achieve fifth place following a pit lane start.

After a handful of difficult races, Carlos Sainz returned to the points, claiming sixth for himself and McLaren, while his teammate Lando Norris was eighth with Sergio Perez lodged between the two.

Kevin Magnussen received a time penalty for infringing the rules relating to rejoinging th circuit at Turn 2, but still managed to secure his and Haas' first points since the German Grand Prix, finishing ninth in the final classifications.

Nico Hulkenberg, who will leave Renault at the end of the season, picked up the final point - his third consecutive top-ten finish.

Hulkenberg's teammate Daniel Ricciardo failed to finish the race after he came together with Romain Grosjean and Antonio Giovinazzi at the opening lap.

Grosjean was eliminated on the spot while Ricciardo retired a number of laps later due to the extent of the damage.