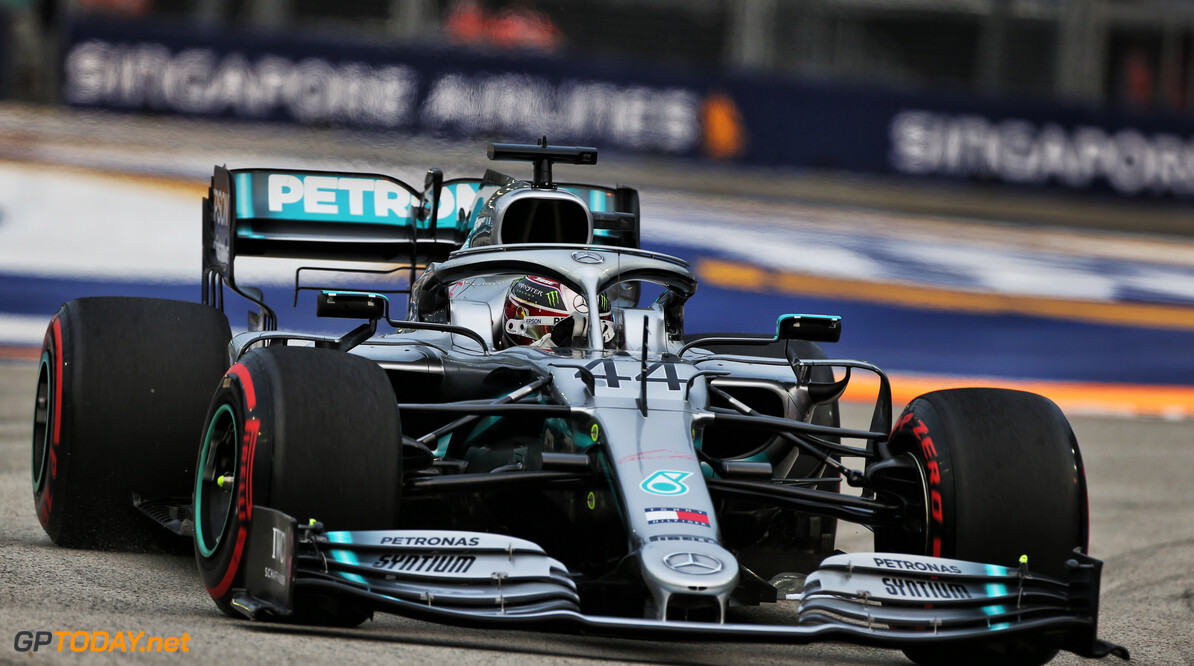 FP2: Hamilton on top ahead of Verstappen

Lewis Hamilton has topped the second practice session of the Singapore Grand Prix weekend, ending the session just under two-tenths ahead of Max Verstappen.

Verstappen was a second up on teammate Alexander Albon, who hit the barriers during the session and braking his front wing - however he was able to return to the pits and continue in the session.

Sebastian Vettel was third for Ferrari, eight-tenths down on Hamilton, while the second Mercedes of Valtteri Bottas, who ended his FP1 outing in the barriers, was fourth fastest ahead of Albon.

However, Bottas' fastest lap time was set on the soft compound, as was the case with the top three. Charles Leclerc was sixth fastest.

Behind the Ferrari driver was the first of the McLarens, with Carlos Sainz clocking promising pace for the Woking squad. The Spaniard's fastest lap was 1.3 seconds down on the pace laid down by Hamilton.

Lando Norris was ninth in the second McLaren, with Nico Hulkenberg, who will leave Renault at the end of the year, lodged in between the two papaya-coloured cars.

The stewards noted an incident between Sergio Perez and Kevin Magnussen after the latter was squeezed into the wall as he went to start his hot lap. Perez was also going for a hot lap, as they crawled through the final sector to preserve tyre temperature and wear.

Perez was 13th fastest in the session behind Daniel Ricciardo, but two spots ahead of teammate Lance Stroll, who in turn was behind Antonio Giovinazzi - both Stroll and Giovinazzi set the exact same lap time.

Williams once more rounded out the timesheets, with Kubica slowest of the 20 drivers behind Magnussen and teammate George Russell.