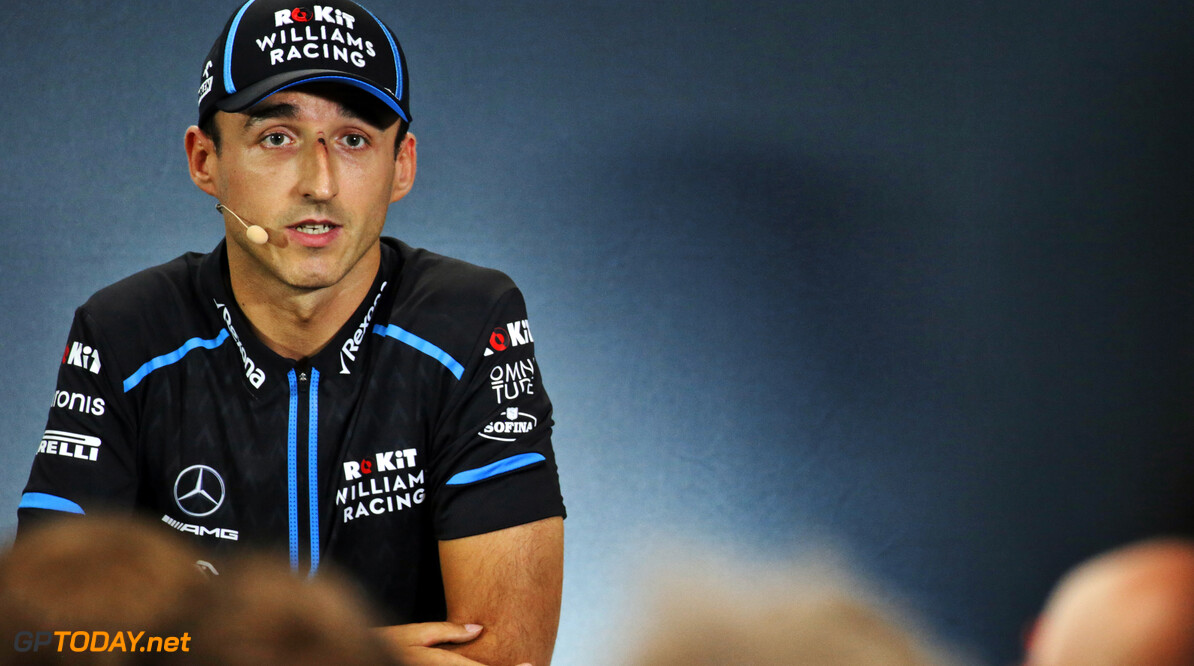 Kubica's strength and determination an 'inspiration'

Robert Kubica has been hailed for his comeback efforts in Formula 1 by two of his fellow drivers, Lewis Hamilton and Romain Grosjean.

Kubica announced on Thursday that he would be parting ways with Williams at the end of the season, following his full-time come back to race in F1 at the start of the year.

After being involved in a life-threatening rally crash in 2011, the Pole has been working to return to motorsport's pinnacle, taking on a development role with Williams in 2018 before receiving a race seat promotion this year.

However, it has been a difficult campaign for him, as Williams has been lodged at the back of the field and unable to compete with any other team.

"What’s remarkable is the strength and determination he’s shown," said five-time world champion Lewis Hamilton. "Particularly through the incident he had.

"Not a lot of people can come through those circumstances and come back, make it back into the sport and deliver against others who don’t have the same situation that he’s been in.

"I think it’s been great to have him back. It’s definitely not the same scenario as when he was obviously in a more competitive team back in the day, but I think he’s done great this year.

"We need the best talent in the sport and we obviously need them to be as high up as possible creating a part of the show. So I hope he stays. I understand his position and I don’t know what’s given him the reason to make the decision but I hope there’s a position for him next year."

Kubica highlighted that he is aiming to remain in Formula 1 next season, with primary sponsor PKN Orlen confirming that they are in "advanced talks" with different outfits.

Romain Grosjean, who verified his drive on the 2020 F1 grid on Thursday, states that Kubica is an inspiration for anyone who has gone through a terrible ordeal and wishes to recover.

"He’s an inspiration for anyone that had a bad experience," Grosjean said. "The first time I spoke to Robert was 2009 in Abu Dhabi, I think. We were supposed to be team-mates in 2010.

"I was very, very much looking forward to it. It didn't happen. Then obviously I followed Robert as the third, or reserve driver at Lotus when he had his accident and then the way he came back. In motorsport he is an example, but also in life generally, to come back to the highest level and, as you say, fight the way he fought back is very impressive."