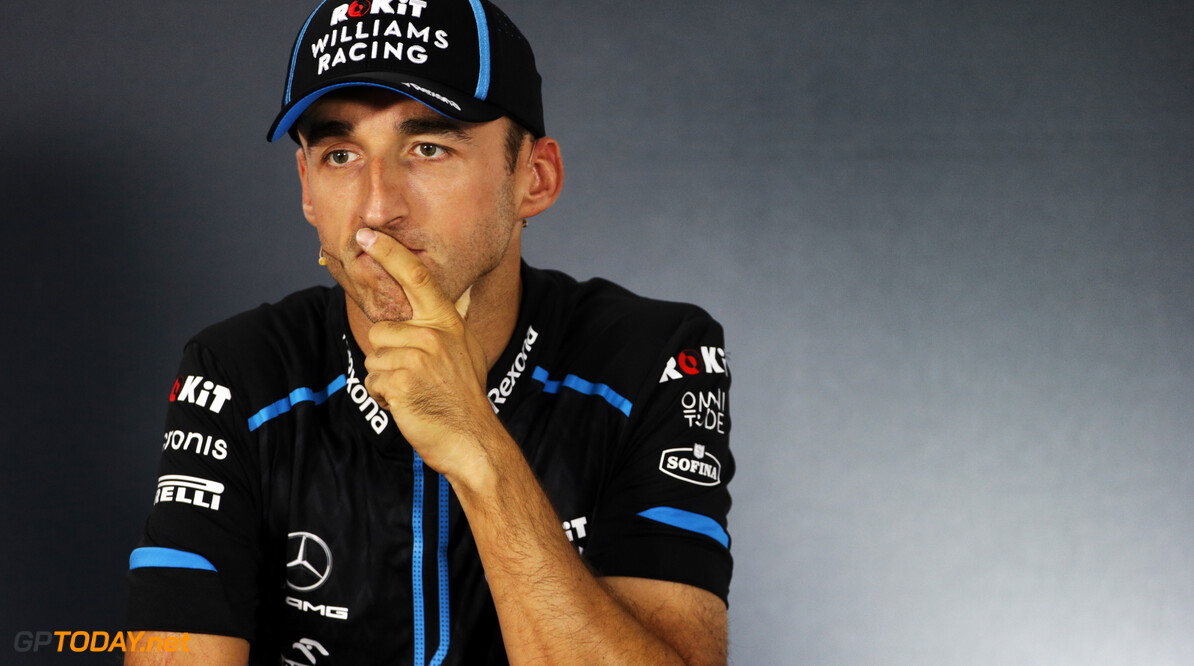 Kubica has 'mixed feelings' after first points of 2019

Robert Kubica admits that he has mixed feelings after picking up his and Williams' first points of the 2019 season at the German Grand Prix.

The Pole crossed the finish line in 12th place but was promoted two spots after both Alfa Romeos were penalised following infringements relating to the start of the race.

It marks Kubica's first points finish since the 2010 Abu Dhabi Grand Prix, where he finished fifth driving for Renault.

Although Kubica states he would have preferred to have obtained the point on merit, he thanked the Williams team for getting him into that position.

"It’s a bit mixed feelings in the end because of course it’s good to have this one point on the scoreboard but the way it came is for sure is not the way you would expect," he said.

"Of course, it was a crazy race, many mistakes. We managed to stay on track, although our pace was questionable but still, managed to keep it on the black. And then, with Alfa being penalised, we gained two positions, so it meant that we would be tenth, which is for sure good.

"But still we have to keep working, keep pushing and definitely this point is somehow… thanks to the guys which are doing a great job on track, pushing really hard, we are really not having a great moment but still, Hockenheim was also thanks to them."

Kubica added that it's difficult to judge the progress of the car over the last handful of races, but is encouraged by the work ethic of the team.

"I think it’s something for which they’ve been working for long," he said. "We do see some improvements.

"Of course it’s difficult to judge and compare Silverstone to Hockenheim: completely different tracks ambient temperature, so all those things were not easy to have clear judgment. Our guys can see the improvement in the data.

"But I think everyone is improving, so you know in order to close the gap we need to make bigger improvements compared to our competition and this is not easy with Formula 1 standards: all the teams are pushing hard.

"It is a big battle, I think even more at home in the factory, that the people are working hard but you know it’s so difficult with current Formula 1 teams to close the gap to them."