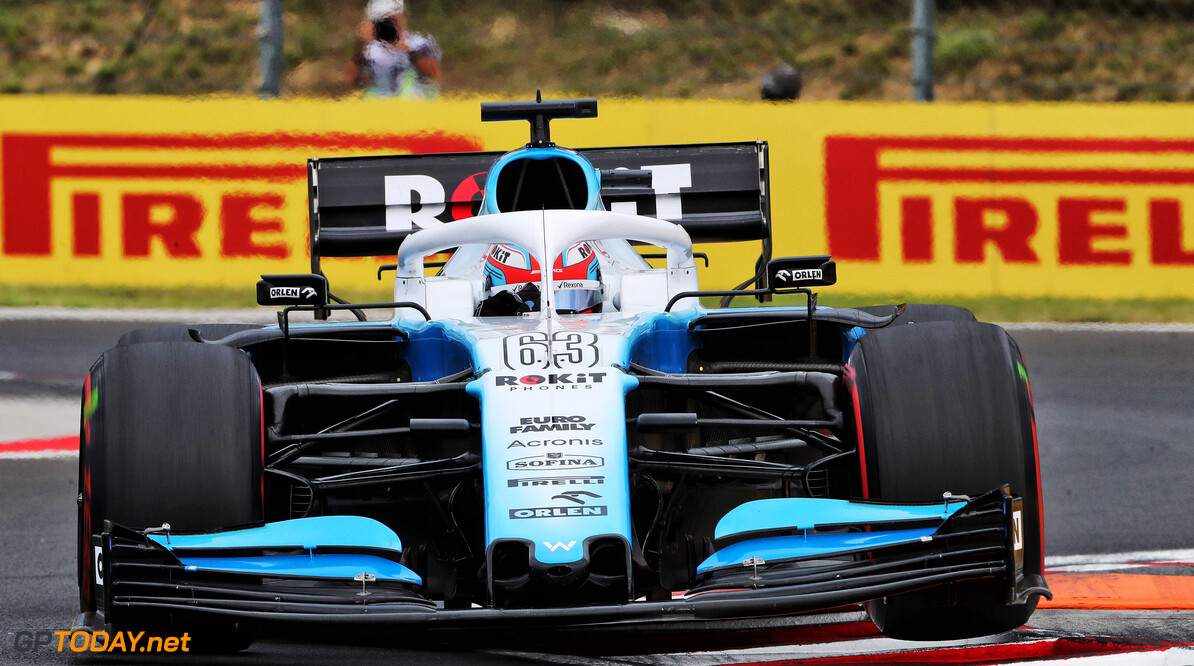 Williams Racing's George Russell believes that despite their limited running during Friday's practice sessions in Hungary, it was a productive day for the team.

Russell said that the day's running for the team managed them to understand the tyres better around the Hungaroring, as well as focusing on the FW42's performance in the rain.

"I feel it was a pretty productive day to be honest. We learned a lot, even with the limited laps we were running, especially in the rain." Russell said. " There was a lot to take away for tomorrow.

"I don't think we are on top of our game, and I think we've learned a lot of things today, so hopefully we follow through with that tomorrow."

Russell scored his best result of the year so far with an eleventh place finish last time out in Germany, as himself and teammate Robert Kubica were promoted a place in the finishing order after Alfa Romeo was penalised for its clutch start procedures.

Thanks to the promotion, Kubica managed to score the team's first point of the season so far with his eventual tenth place finish.

Russell insisted however that despite the performance gains found through the tyres today, it doesn't show any major improvements within the car, and that it is hard to understand the tyres thanks to the unpredictability of the Pirelli compounds.

"We just suddenly found a load of performance from nowhere when it was in the right working window. It's not solving our issues and we are still going to be at the back of the grid, but hopefully closer if we can continue on with today's results."