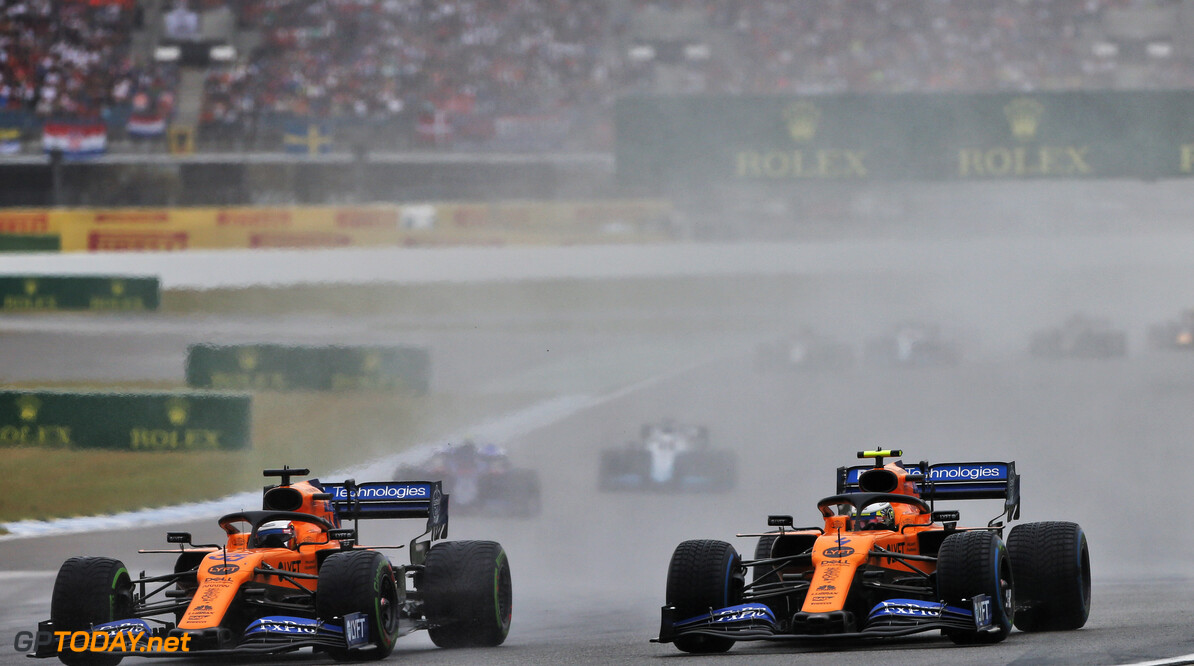 McLaren's Carlos Sainz has admitted that the chance of a podium for the team today was lost by a risky decision from the teams ahead, but a decision that ultimately worked out for the cars ahead of him.

The Toro Rosso of Daniil Kvyat and the Racing Point of Lance Stroll separated Sainz from a possible podium in a dramatic wet weather race, but both Kvyat and Stroll pitted early for dry tyres, giving them a massive pace advantage over the rest of the field in a perfectly timed stop for both cars.

The rest of the field then decided to follow suit seeing Stroll's massive pace advantage, while fourth placed Valtteri Bottas crashed after spinning his Mercedes coming out of the first corner.

"Every decision that we do probably was the right one. In the end we lost out on a podium because of two cars with nothing to lose." Sainz said. "They pitted for slicks and benefited from that. When you don't see the Mercedes, Red Bull or Ferrari pitting you say, we are P5 we are crazy if we pit now and we miss this.

Sainz managed a comeback through the field after a spin when the McLaren went off the circuit at turn 16. Sainz spun and almost hit the barrier, but managed to get going and remain in the race.

The team decided not to pit Sainz for slicks mid way through the race, a decision that caught out many drivers as the rain started to come down once again.

"Honestly today, I was not really comfortable with the conditions," Sainz added. "We were running a smaller rear ring than the rest of our competitors and we struggled to warm up our tyres. When you got into a rhythm it was fine but just the restarts we struggled.

"That spin cost me, but in the end we were the only car not to pit for slicks halfway though the race as it started to rain again to it was a good call that gave us back the position."