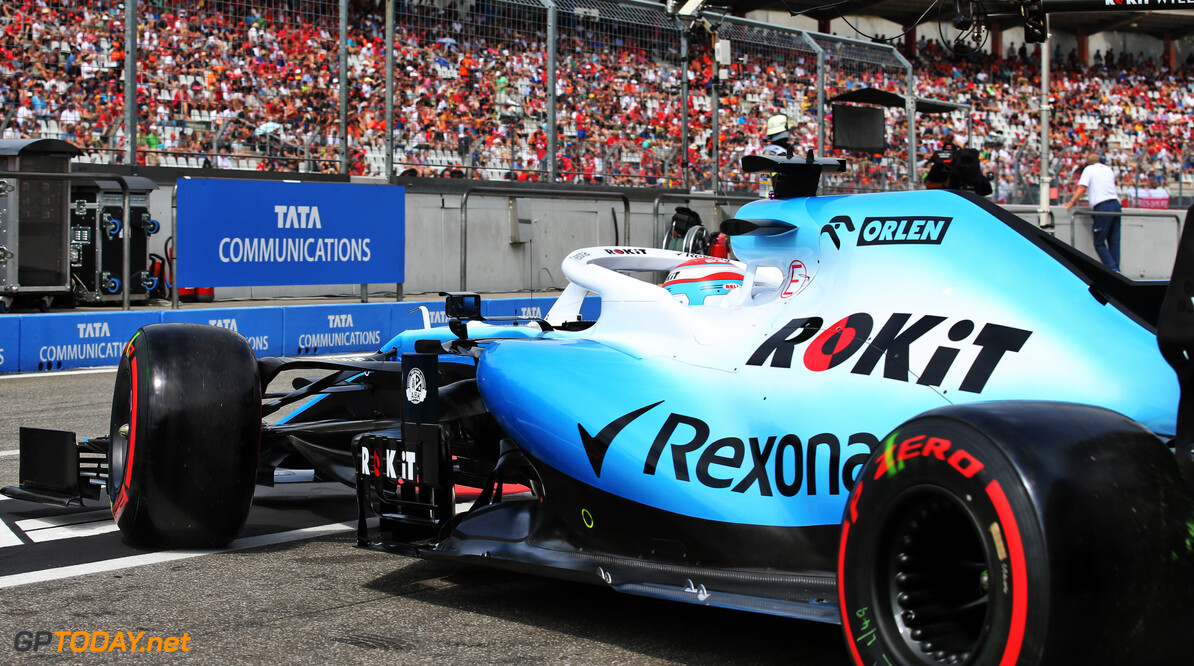 George Russell states that there is "definitely" more downforce with Williams' upgrades in Germany.

The Grove-based squad brought a number of upgrades to the race at Hockenheim with the aim of closing in on the midfield pack.

Russell endured some other difficulties during the weekend, including a damaged floor during FP3, which hampered his preparations for qualifying.

MORE: Russell: 2020 Mercedes seat not on forefront of my mind | Williams in conversations with Mercedes regarding new engine deal

While the Briton thinks that gains were made towards the rest of the midfield teams, Williams' biggest struggle during qualifying was with the Pirelli tyres.

"I went out in FP3 and ran over some debris and damaged the floor on my out lap," Russell said. So effectively it was not an upgraded car in FP3 and then I went into qualifying blind. But here's definitely more downforce, no doubt.

"The characteristics were quite different, but we've not had the opportunity to fine-tune the car. If we nailed the tyres, we would have been much closer.

"I'm not massively satisfied. Just really struggling with the tyres and to get them in the right window. I went out, I did two laps on the first run, the car felt really good on the second lap and I was confident.

"Then I went out on the last two runs and I was sliding all over the place trying to get the tyres to work. The lack of running in FP3 probably set us back a bit and also the conditions yesterday."

Russell added that he "really hopes" it rains, to add a big unknown to the race and allow Williams more of an opportunity to fight with other teams.

The 21-year-old will start the German Grand Prix from 18th on the grid, ahead of teammate Robert Kubica and Ferrari's Sebastian Vettel.