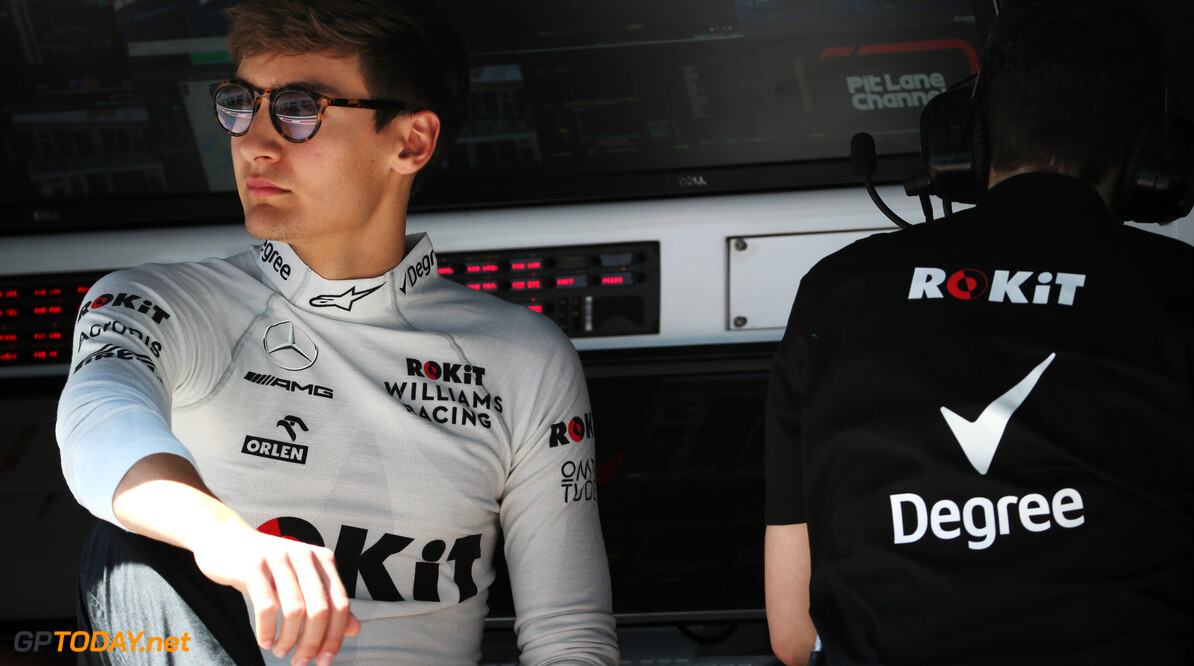 Russell: 2020 Mercedes seat not on forefront of my mind

George Russell says that achieving a promotion to Mercedes in 2020 is not on this list of priorities during his rookie season in Formula 1.

Russell, who is a Mercedes junior driver, is competing at the back of the field with a struggling Williams outfit that has failed to produce a competitive car this year.

With Valtteri Bottas not yet confirmed at the Silver Arrows for 2020 alongside Lewis Hamilton, speculation remains open about the future of Mercedes, who also has Esteban Ocon on the sidelines.

MORE: Williams in conversations with Mercedes regarding new engine deal

Russell denied that he would potentially make the move to any other midfield team, insisting that only a Mercedes call-up would sway him away from Williams.

"The only way I wouldn't be at Williams next year is if I was in a Mercedes," Russell said. "But I'm absolutely committed to Williams at the moment.

"If the opportunity came along at Mercedes, that would obviously be fantastic, but that's not at the forefront of my mind.

"I'm just fully focused here [at Williams], and everything we're doing now is also working towards next year's car and making that to a much better level than our current car is."

No difficulties in keeping motivated

Williams has failed to make it out of Q1 so far this year, and has been far away from the pace of its rivals.

Despite consistently competing at the back of the field this season after winning consecutive championships in GP3 and Formula 2, Russell says he is not finding it difficult to keep his motivation up.

"It's not difficult to stay motivated," Russell stated. "The fact is, I'm being paid to do something I love, driving a Formula 1 car that is incredibly fast.

"Even though we're the slowest car, in the scheme of things it's incredibly fast, week in, week out. I'm still moving that side of things and the fact that I still see a light at the end of the tunnel helps keep morale high.

"If we didn't understand why we were slow if we saw no progress moving forward, then obviously it would be more difficult to keep your chin up. But at the moment we do see progress and light at the end of the tunnel."