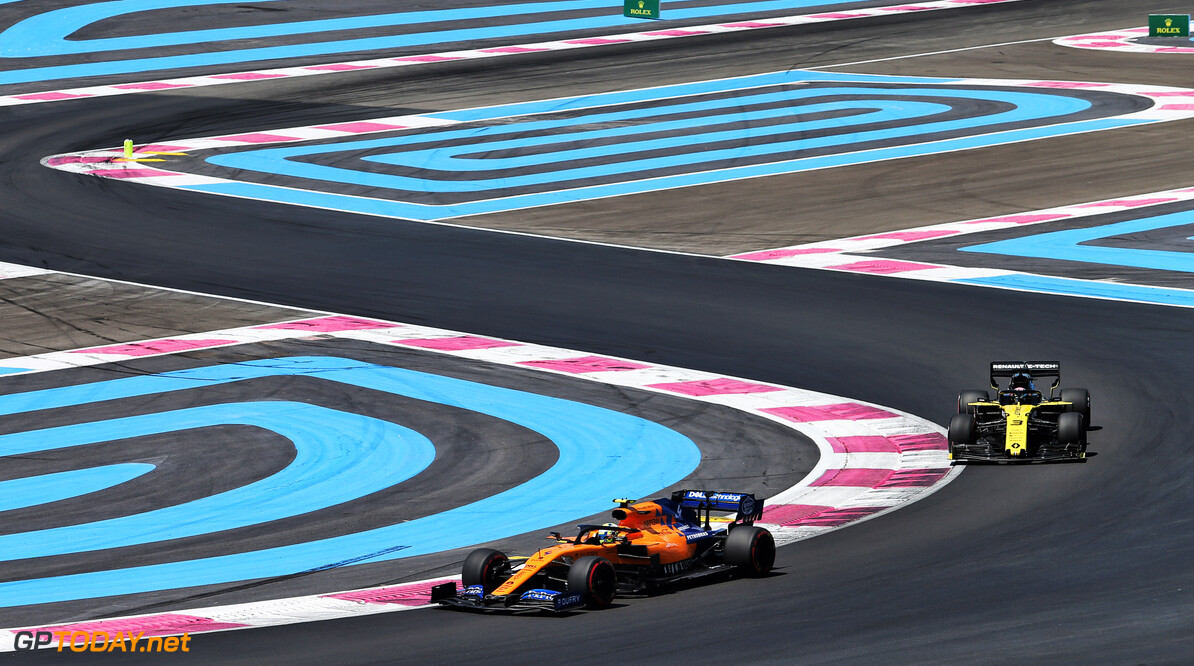 Nico Hulkenberg says he expected McLaren to be stronger than what it was on Sunday during the French Grand Prix.

The Woking squad displayed sharp pace on Friday during practice, which Hulkenberg admits had Renault worried for the remainder of the weekend.

McLaren topped the midfield after qualifying, locking out the third row on the grid, but Hulkenberg asserts that Renault was quite close in the race, as both cars crossed the line ahead of Lando Norris (who lost a couple of seconds due to hydraulic issues).

"We beat one of them and Carlos wasn't that far ahead, just a few seconds," Hulkenberg said.

"Looking at Friday's pace, we were more worried about taking the fight to them. But we were able to do it in the race, so I expected a bit more from them."

Speaking about his own race, Hulkenberg bemoaned traffic as he was stuck behind the Alfa Romeo of Kimi Raikkonen for much of the race.

"It was heavy on the traffic today. I spent all race looking at the Alfa Romeo gearbox. I was faster than Kimi but just lacking a couple of tenths to get by him.

"Even with DRS, it was difficult. The Alfa was strong on the exits and the aero effect was very strong around here with all the third and fourth gear corners.

"It just goes back to qualifying, if you give up that track position, and have to come from behind, it's mostly very hard unless you're lucky with a safety car or something."

Renault introduced a series of upgrades at its home event this weekend, as it brought new parts to its chassis.

Daniel Ricciardo also received a new engine upgrade, and Hulkenberg says that the parts all worked well, but that there is still more to learn from them.

"I think we definitely got something out of it," Hulkenberg stated. "There's definitely more work to be done on it. After such a weekend, there is a lot of information there which can be useful for us.

"Hopefully we can extract more and more out of it over the next few weeks. Sometimes it happens that there's more coming out of it, sometimes not."