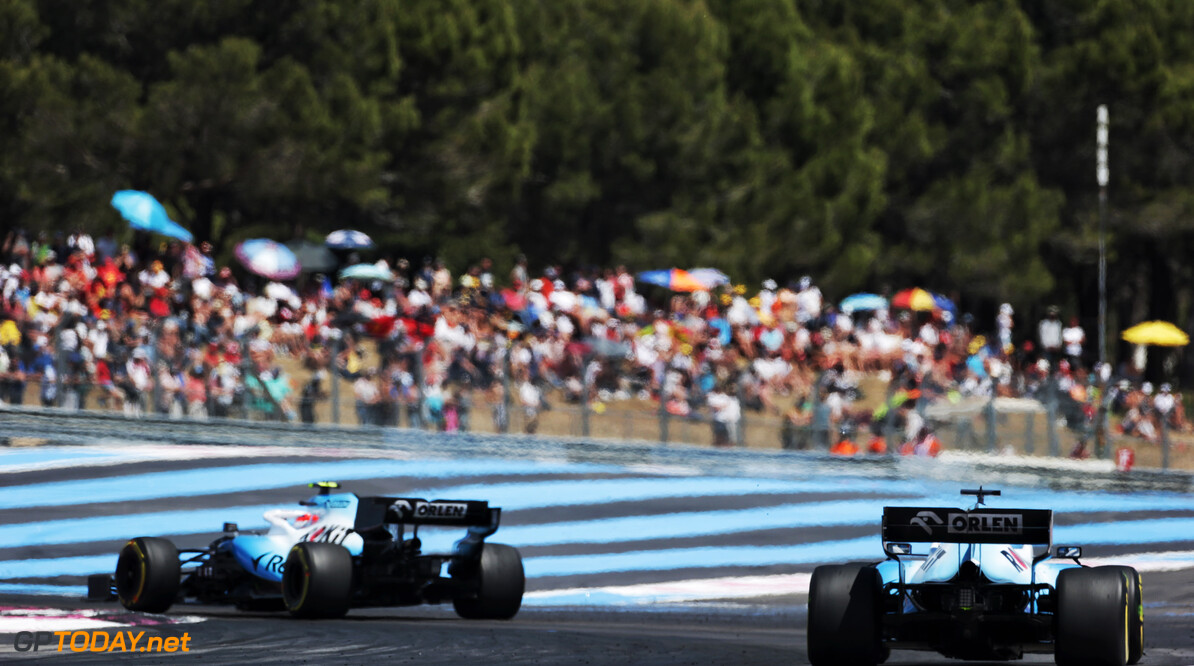 George Russell was hoping that Williams wouldn't bring a halt to his encounter with teammate Robert Kubica during the French Grand Prix.

The two battled at the back of the grid in the early stages of the race, as Russell started behind Kubica due to taking on new engine component parts.

Russell attempted an overtake around the outside of Signes corner, and ran wide, hitting one of the polystyrene marker boards.

Running wide reportedly damaged Russell's front wing, but the Briton believes it was better to allow to pair to push each other in battle.

"In hindsight, we could have because the result of it was I damaged the front wing," Russell said. "But I didn't want to overtake him from a pit call. I wanted to overtake him fairly on track.

"The team has given us equal opportunities and that's how it should be.

"It's motivating on both sides of the garage to push and develop as much as much as we can. We just have to be patient for the coming races. Austria, Silverstone and Germany will probably be difficult weekends."

Russell was one of the few drivers that made more than one pit stop, as he switched onto the hard tyres for lap 23.

However, a handful of laps later, he was back in the pit lane for a fresh set of medium tyres, which brought him to the end of the race.

"From my side, I felt no difference [with the damaged front wing] but the team was seeing some issues," Russell commented. "I think maybe there was a small crack when I hit the polystyrene board.

"If we were fighting for points, we probably would have stayed out there and risk it. But there was no need."