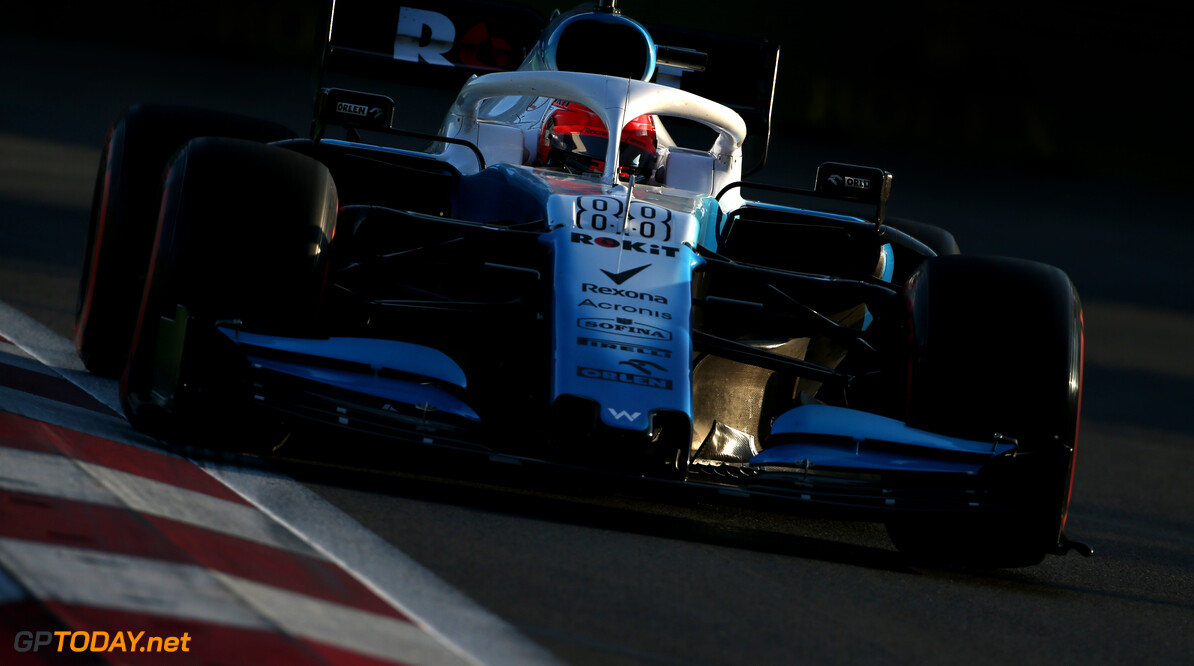 Williams confirms it has spare parts for Kubica's car

Robert Kubica is in no danger of missing out on the Azerbaijan Grand Prix on Sunday, as Williams confirms that it will be able to fir his car with spare parts.

Kubica crashed heavily during qualifying for the race on Saturday, hitting the inside wall at Turn 8, which sent him into the barrier at the narrowest section of the track.

It added to the woes of the Grove squad, who suffered heavy losses on Friday when George Russell's car was heavily damaged by a loose drain cover - an incident that brought an end to FP1.

However, there are no worries over a lack of spare parts, a situation that blighted Williams in the early part of the season.

A Williams spokesperson stated: "We are currently working to fix the front end of Robert's car.

"We will replace both front corners, brakes and steering column on his car following the accident, but we have replacement parts available for all of this."

Kubica will start the race from 19th on the grid, as Pierre Gasly will start from the pit lane after he received a penalty on Friday.