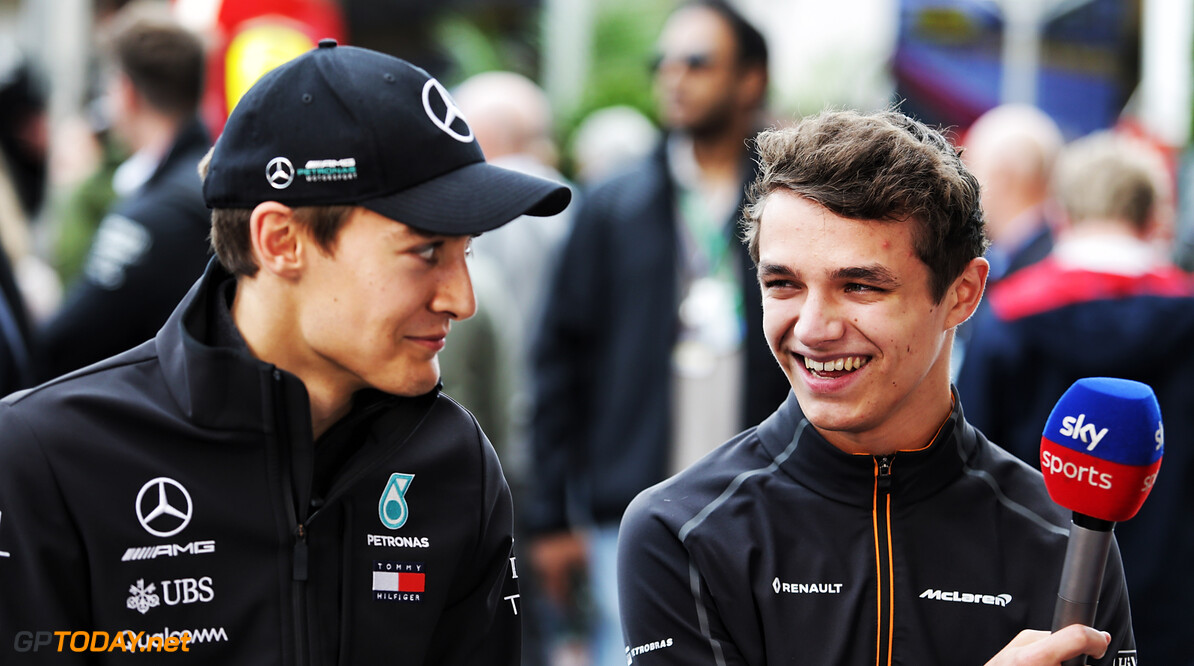 George Russell believes that Lando Norris' early confirmation at McLaren helped his own cause for a seat at Williams. The Grove outfit announced in October that Russell would occupy one of its drives for the 2019 campaign.

However, over a month beforehand, McLaren announced that it would promote its junior driver Norris to a seat in F1 in 2019, despite the fact he was losing out in the battle for the FIA Formula 2 title to Russell.

Russell went on to secure the championship at the final round in Abu Dhabi, but he believes that beating Norris early on in the championship benefited him when Williams was deciding on who to sign.

"Lando’s announcement so early helped me to push Williams for my drive," he said. "Because if I was ahead of him in the championship and McLaren believed he was worthy of a Formula 1 seat it showed there was some great signs for myself. And it probably added more pressure for Williams to say we’ve got to go with George because he’s the guy who is winning F2."

Williams confirmed last week that Robert Kubica would partner Russell next year. Toro Rosso also announced recently that Alexander Albon will partner Daniil Kvyat for 2019, a deal that Russell was happy to see go through: "I’m really happy for him. He’s a really great driver," said the Briton.

"He’s had probably not the easiest junior career, but he is no doubt a great driver and deserves this opportunity. I think after a few races, as obviously he doesn’t have any Formula 1 experience at the moment, but I really think come the end of the year, he’ll be able to put in some really good performances."