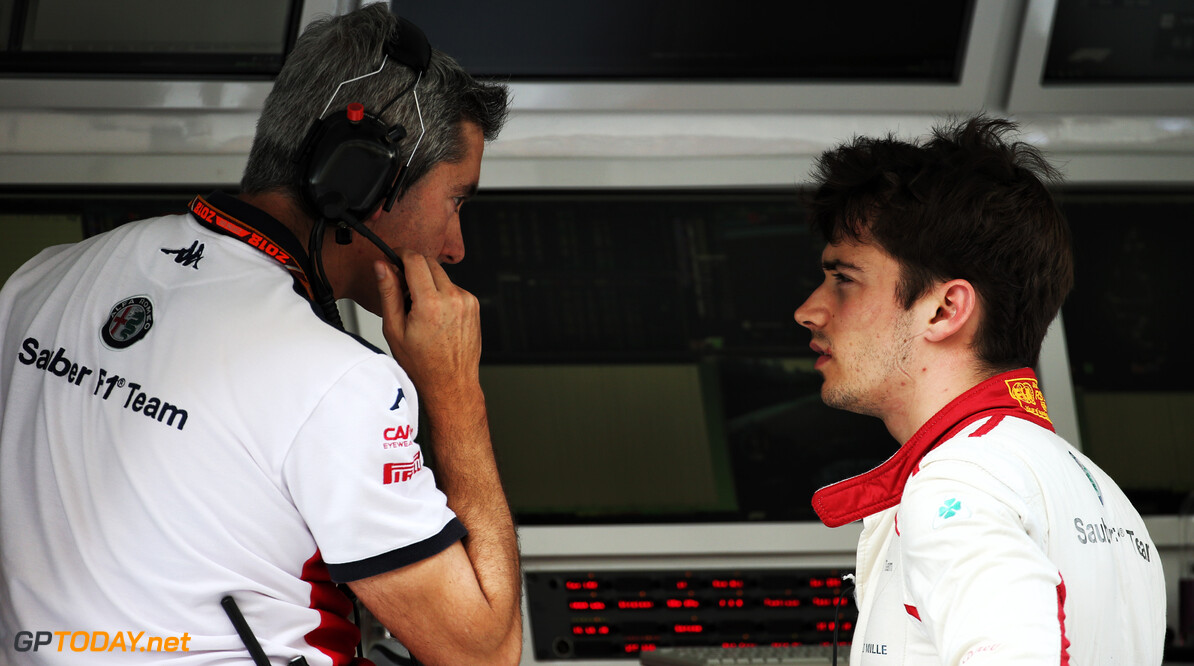 Leclerc aiming to thank Sauber in the 'best way possible'

Charles Leclerc is hoping to end his rookie Formula 1 season on a high by giving Sauber another handful of points. The Monegasque driver will be leaving the Hinwil squad at the end of the year, departing to join Sebastian Vettel at Ferrari for the 2019 season.

Leclerc has impressed throughout his maiden year in Formula 1, scoring 33 points after 20 rounds. His best result came in Baku earlier this season, where he crossed the line in sixth place.

Sauber has an outside chance of pipping Force India for sixth in the constructor's standings, and can do so by outscoring it by seven points on Sunday at the Yas Marina Circuit. Leclerc qualified in eighth, with only Romain Grosjean ahead of him in the midfield battle.

Leclerc admits that beating the Haas driver will be tough, but has vowed to "give it everything" in his last race for the team: "It's going to be difficult to pass Romain, because he's extremely quick here, but I'll give it everything," he promised.

"It's my last race with this team and I really want to thank them in the best way possible after everything they have done for me this year. I'll push to try and overtake him and then try and keep him behind."

Leclerc admitted that his qualifying result was a surprise after a difficult weekend up to that point: "To be honest it's a big surprise for us to have been fighting for best of the rest today after struggling to put the tyres in the right range, because it's pretty warm and the tyres overheat quite a lot," he admitted.

"Sector 1 and sector 2 were great, but it has been pretty good all weekend. Unfortunately we were losing all the performance in sector 3. Then in the end in qualifying it went a bit better, we weren't losing as much in sector 3 so it was a good compromise."