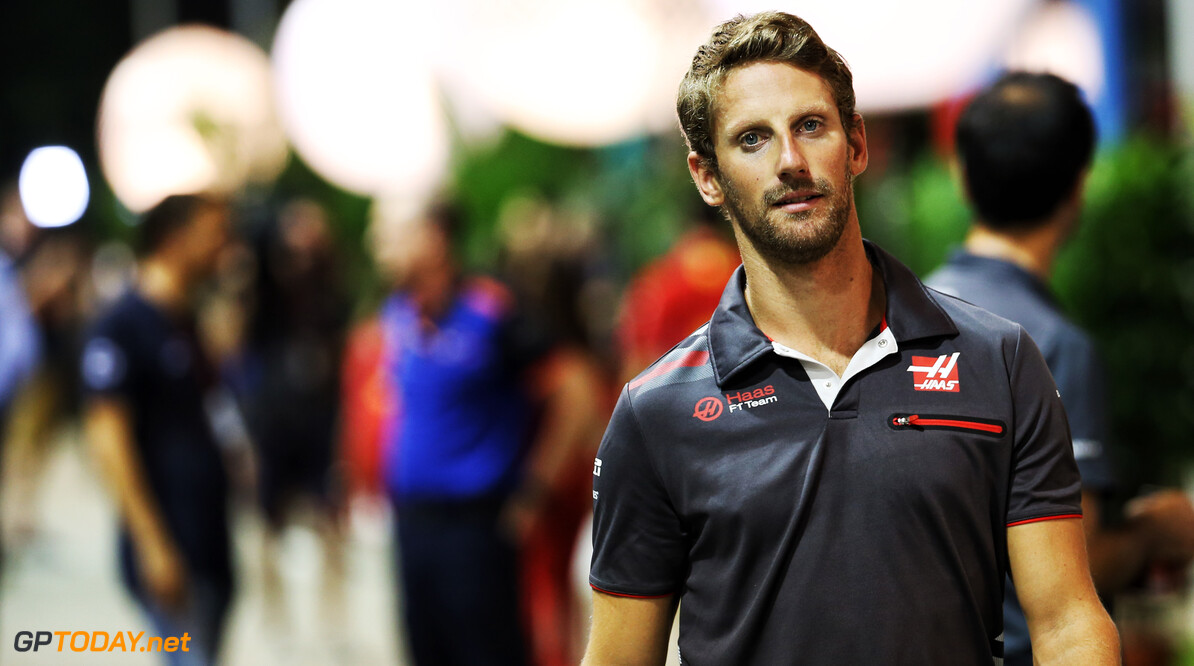 Romain Grosjean says he never worried about losing his 2019 seat after rumours he would be replaced at Haas. The Frenchman had a tough start to the season, failing to score in the opening eight races.

After bagging a fourth-place finish in Austria, he has scored a number of other top ten finishes. The former Renault and Lotus driver's future was in doubt, with rumours suggesting that he could be replaced by Charles Leclerc or Antonio Giovinazzi.

However, they have since been confirmed at Ferrari and Sauber respectively, before Haas confirmed that it would retain Grosjean alongside Kevin Magnussen next year. But Grosjean says he never felt fear over losing his seat.

"I don’t want this to sound wrong but I was never worried that I wouldn’t be here next year,” Grosjean said. “At one point after Silverstone I knew it couldn’t keep going that way but I knew I had the solution somewhere and I knew I could bounce back.

“I thought Germany was the point, I was good and then I knew the team would see it and we would work it through. If I kept going as early on and it wouldn’t have worked but from the point I knew exactly what I needed to do then I was convinced things would go in a positive way.”

He continued: "I knew from Germany I was back on form. Things had to turn at one point. The season looked worse than it was actually was sometimes because of bad luck. Bahrain I was in the points and lost half the car, then Canada I think I was scoring points and didn't make qualifying.

"Silverstone was the time when [I thought], 'OK, I need to understand things and make sure that things are going my way all the time'. Then Germany and Hungary I knew I was back on track."