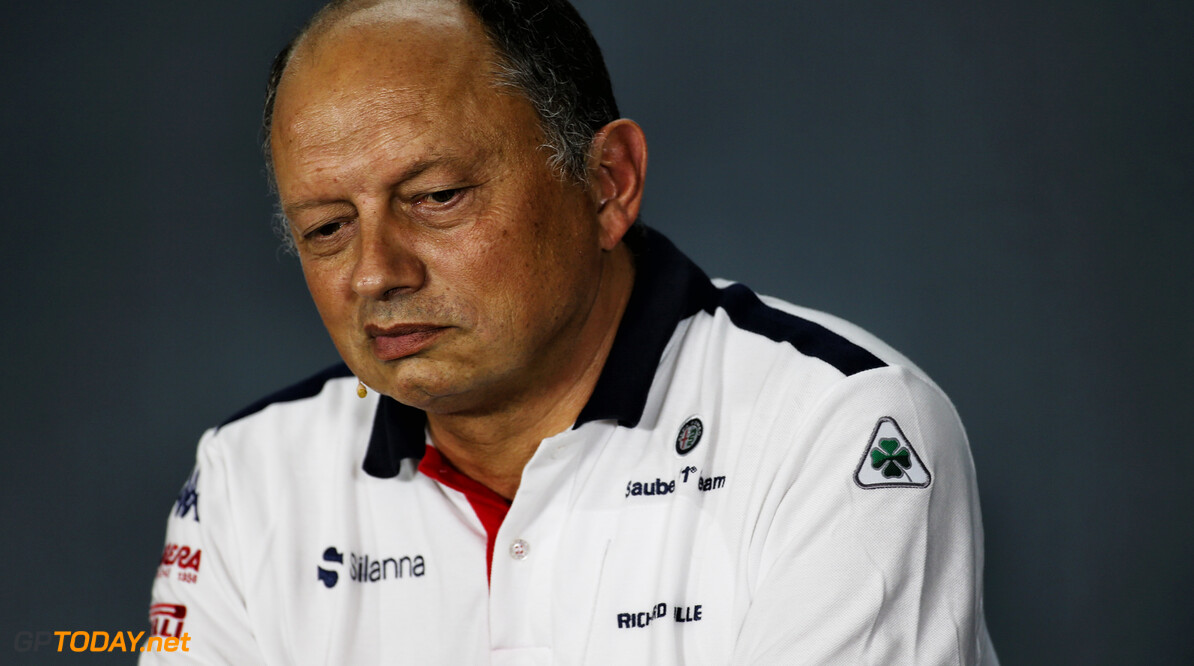 Sauber team boss Fred Vasseur has labelled Kevin Magnussen as 'f***ing dangerous" after he collided with Charles Leclerc in the Japanese Grand Prix. The Dane was leading Leclerc down the main straight, when Leclerc began to pull alongside.

Magnussen also moved in the same direction and the two collided, with Leclerc obtaining front wing damage and Magnussen suffering a puncture. However, when the incident was investigated, no action was taken against either driver.

When queried about the incident, Vasseur was pulling no punches about who he thought was to blame for the incident: "From my point of view it was quite obvious, but there was no further action."

"He [Magnussen] is involved in all the big crashes throughout the season, if you have a look. I'm not the referee, it's the FIA - they have to take decisions or not. The move was f***ing dangerous, he's moving always late, and one day we'll have a huge crash. When you are at 320km/h, it's more than dangerous."

Race director Charlie Whiting clarified why no further action was taken: "If you analyse it very, very carefully, what you see is two cars coming down with Kevin not moving, and then Charles catches, catches, catches, he decides to go to the right, and at exactly the same time, on the video, one frame, there’s one frame difference, then Kevin moves."

"I think it’s impossible to say that Kevin blocked him, it was just he made the decision that he was going to go right, fractionally after Charles had."