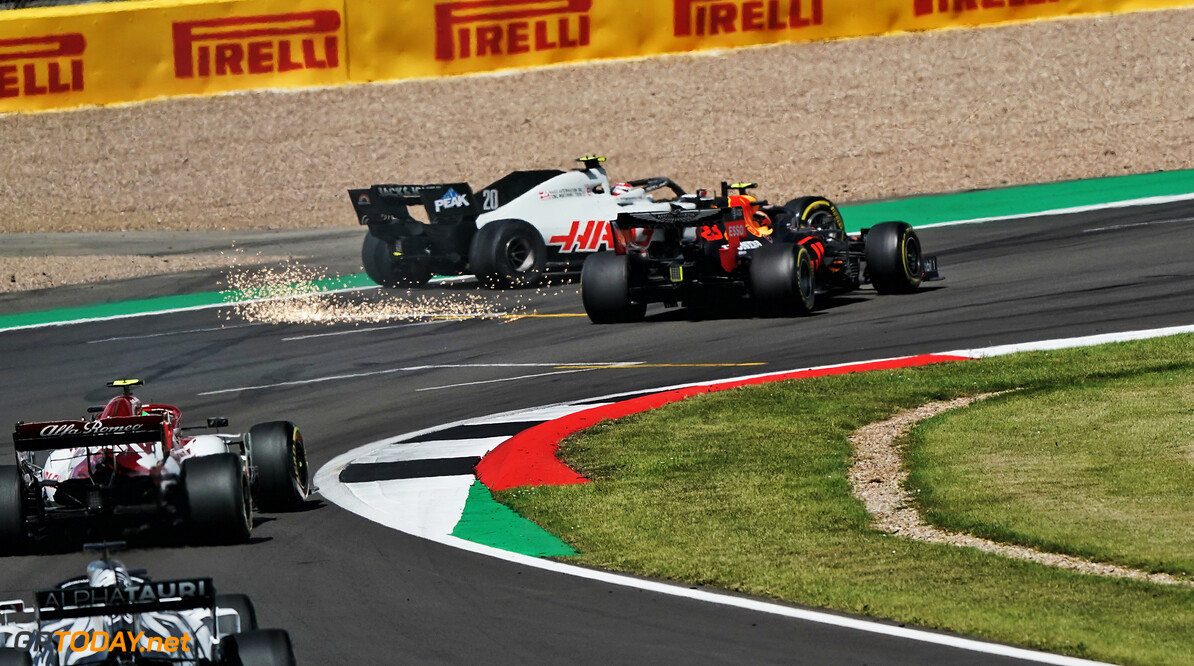 Alexander Albon believes both he and Kevin Magnussen are equally to blame for their opening lap crash at the British Grand Prix.

As the first lap of the race came to a close, Magnussen ran wide before the final corner, and as he attempted to recover and take the apex of the final turn, Albon had placed his car in a position to overtake.

The duo collided, sending Magnussen into the barriers and out of the race. Albon was handed a five-second time penalty for the incident, and crossed the line in eighth place after making two pit stops.

“Kevin went off the track and the way he came on, there was a space there initially. At that point I realised either he doesn't see me or the gap is closing very quickly.

“I tried to get away from it but at that closing speed it was just too much. Obviously we had the damage which was a shame. The pace throughout the race wasn't too bad. We had to do a lot this weekend. P8 is not what we want, but it's damage limitation.”

Red Bull team principal Christian Horner says the five-second time penalty was fair despite viewing it as a racing incident.

However, Horner hailed Albon's recovery effort, as he came from the back of the field to score four points.

“That's what we got. His recovery after that, he drove a great race today to recover from right at the back of the field to come back through to P8 with great passing, the last couple of laps got really exciting.”

Magnussen admits frustration over the incident after having strong confidence in his car before the start of the race.

“I'm good, just frustrated. I got a great start, I thought the car was really good on the laps to the grid. I said to my engineers 'I think the car is working really well'.”

And an early exit for Kevin Magnussen after a big collision with Alex Albon ?#BritishGP ?? #F1 pic.twitter.com/b6Je5qUZgq