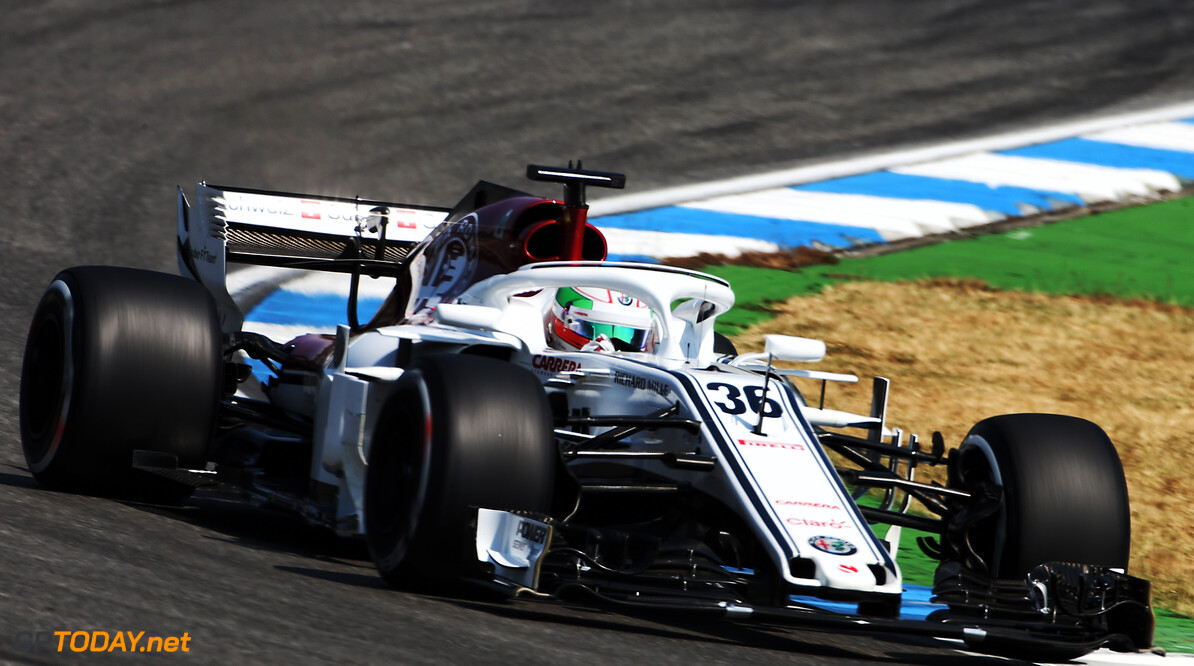 Sauber has confirmed that it has signed Antonio Giovinazzi to partner Kimi Raikkonen for the 2019 season. The Italian driver takes the place of Marcus Ericsson at the team, who has raced for the Hinwil squad since 2015.

Giovinazzi made his Formula 1 debut at the Australian Grand Prix in 2017, stepping in for an injured Pascal Wehrlein. He impressed over the course of the weekend, but was hit with a tougher outing in China two weeks later, where he crashed in both qualifying and the race.

The 24-year-old had a number of free practice outings with Haas last year, and this season has run the Sauber C37 during FP1 in Germany and Hungary.

"I am delighted to be joining the Alfa Romeo Sauber F1 Team. This is a dream come true, and it is a great pleasure to have the chance to race for this team," Giovinazzi said.

"As an Italian, it is a huge honour for me to represent a brand as iconic and successful as Alfa Romeo in our sport. I would like to thank the Scuderia Ferrari and the Alfa Romeo Sauber F1 Team for giving me this great opportunity. I am very motivated and cannot wait to start working towards achieving great results together.”

Sauber team principal Frederic Vasseur added: “We are very pleased to reveal the complete driver line-up for the 2019 season. We first signed Kimi Räikkönen, an extremely experienced driver who will contribute to the development of our car and will accelerate the progress of our team as a whole.

"Together with Alfa Romeo, we are delighted to welcome Antonio Giovinazzi, who will take the place of Charles Leclerc. We have already had the opportunity to work with him in the past and he has proven to have great potential. We are very determined and motivated. Our target is to continue progressing and fighting together for positions that count.”

Giovinazzi hasn't held a full-time racing role since he partnered Pierre Gasly at Prema during the 2016 GP2 season, where he finished as runner up.