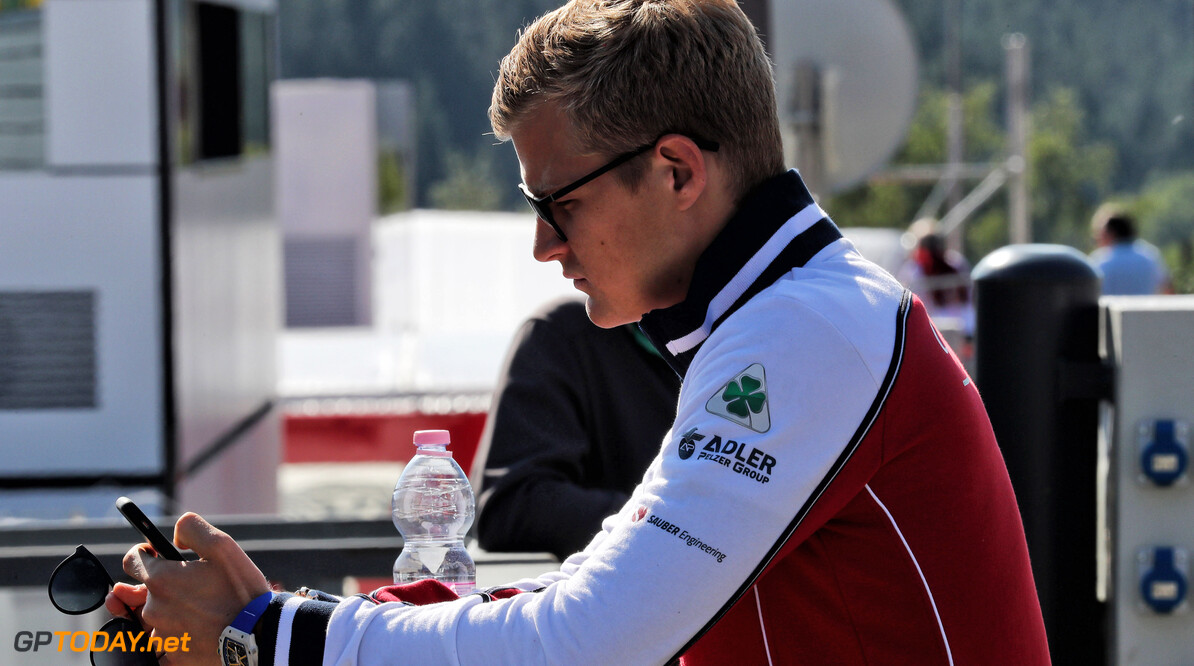 Marcus Ericsson is "pretty pissed" after missing out on a race drive at the Belgian Grand Prix following his call up, according to Arrow Schmidt Peterson Motorsports' team co-owner Sam Schmidt.

Ericsson missed the penultimate round of the 2019 IndyCar season at Portland last weekend to attend the Belgian Grand Prix.

Alfa Romeo notified him that his services may be required for the race at Spa-Francorchamps, following an injury for Kimi Raikkonen during the summer break.

However, Raikkonen was deemed fit to race, leaving Ericsson to watch on the sidelines while Conor Daly took his place at SPM for the round at Portland.

"I don't know for real what's going on over [in Belgium], because I was told Raikkonen was totally out for this weekend," said Schmidt, as quoted by Autosport.

"That's why they needed Marcus, and then he gets over there and he doesn't get an opportunity.

"He's pretty pissed, because he wanted to be here, and he's been driving well lately, so we were disappointed too.

Next season, the Schmidt Peterson team is joining forces with McLaren to become McLaren Arrow SP, with James Hinchcliffe staying to at least see out his contract.

However, Ericsson is fighting for a seat on the 2020 IndyCar grid, and missing a round hasn't done him any favours, says the Swede.

"I'm racing for a new contract there for next year and, of course, every time you get to race it's an opportunity to show them what you're made of," he said.

"So of course it's not optimal, but there was such a real chance of me racing this weekend that the decision was made for me to be [at Spa].

"Both Kimi and the team agreed that it was very uncertain that he was going to be able to race. It's not the optimum situation for me, but that's the case sometimes."