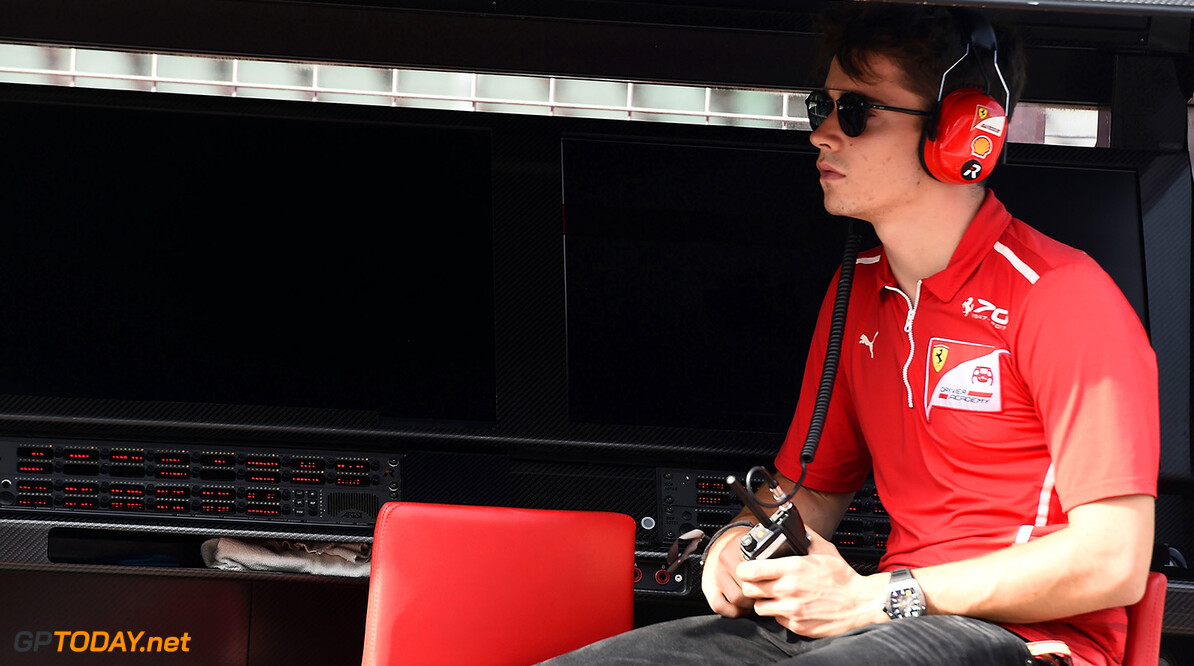 Charles Leclerc has admitted that he is looking to step into a top seat in Formula 1 as soon as possible. The Formula 2 championship leader is part of Ferrari's junior academy, and a strong contender for a Sauber race seat in 2018.

Leclerc made his first appearance of the 2017 F1 season this weekend, driving the Sauber on Friday during the first practice session. While previous GP2/F2 champions have gone on to race in Super Formula before F1 (Stoffel Vandoorne, Pierre Gasly), Leclerc doesn't favour that option.

"I would prefer not to," the Monegasque driver said when questioned about a potential move to the Japanese racing series. "Let's see what options I have at the end of the year, but I hope I do not have to go to Japan."

While the 19-year-old is being heavily linked with a Sauber drive for next year, reports suggest that Ferrari is seriously weighing up its junior driver, viewing the chance of promoting him as a full-time driver in 2019 to replace Kimi Raikkonen.

"Any driver who has a chance to drive for Ferrari would take it," Leclerc said. "As I said, right now I'm focused on Formula 2, then I'll do next season, and after that I'll think about 2019. But of course I will do my best to be in a top team as quickly as possible."

However for now, Leclerc is just thinking about his Formula 2 title bid: "Nicolas (Todt, Manager) and Ferrari talk a lot, but they think I should focus on Formula 2 - and I'm quite happy with that," he said. "I'm sure Ferrari and Nicolas will do everything to find the best option for me in 2018."