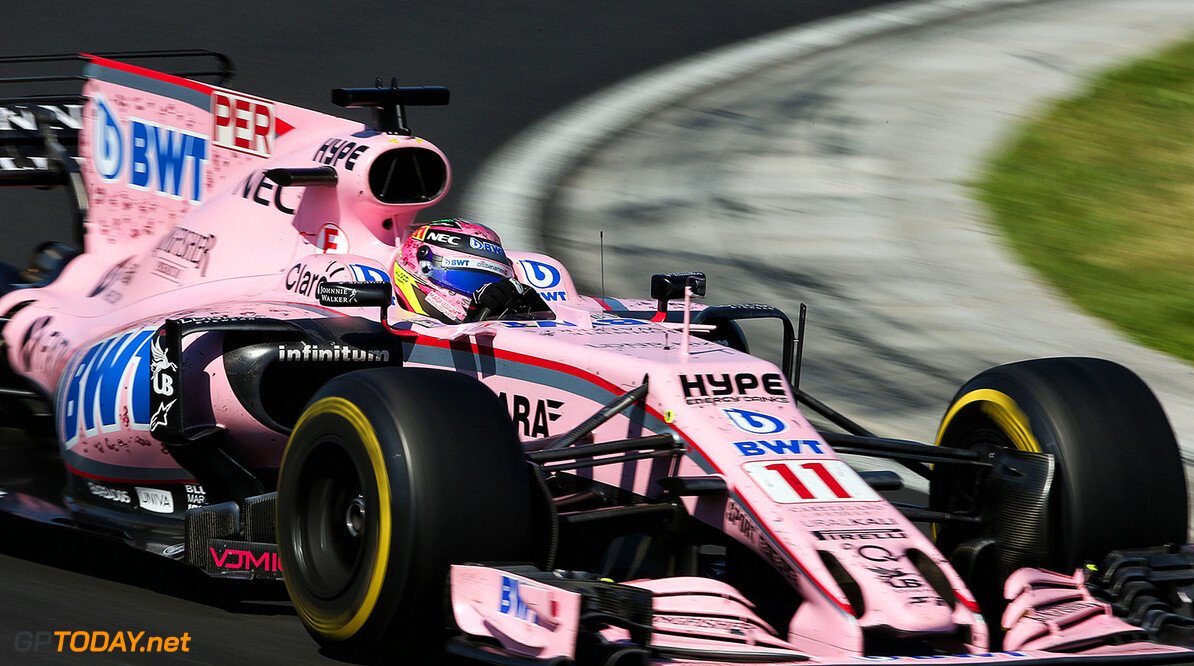 Force India say that it is nearing a deal that will see Sergio Perez stick with the team for a fifth season. Perez joined the Silverstone based squad back in 2014 after an underwhelming year at McLaren. Since joining Force India, the Mexican has built back up the reputation he had before joining McLaren when he claimed a number of podiums for Sauber.

Perez stated at the Hungarian Grand Prix that he hopes his future will be sorted before the Belgian Grand Prix which gets underway in just one weeks time. With Ferrari looking like it will be retaining its current line-up, others have linked him to partner former teammate Nico Hulkenberg at Renault.

Williams is also another possibility for him, as he very nearly joined the team for this ongoing season. However, Force India's chief operating officer Otmar Szafnauer declared that a deal for Perez is on its way: "We haven't quite signed Sergio yet but we're not far off," Szafnauer said. "I think we can get it done by Spa. The high likelihood is that we're going to stick with our two drivers but I can't say that 100% because not both of them are signed."

Szafnauer also spoke about a Plan B, if Force India was to lose Perez. With Pascal Wehrlein's seat at Sauber looking in major doubt for 2018, Szafnauer was asked about the possibility of running with the Mercedes junior driver - partnering him with the other junior racer of the Silver Arrows, Esteban Ocon: "There's always got to be a plan B. So, if for some reason we don't sign Checo – but I believe we will – then you've got to look around, including Wehrlein. He's not so bad!"

"I think the drivers will get better because they'll learn more, I think the engine will get better because Mercedes upgrade every year. The pink - I don't know how much more pink it can be because it's pretty pink! But we're working hard on getting the car to go quicker. There's some things we can do in the short term which we will do and I hope that relative to the top three we'll be closer next year."