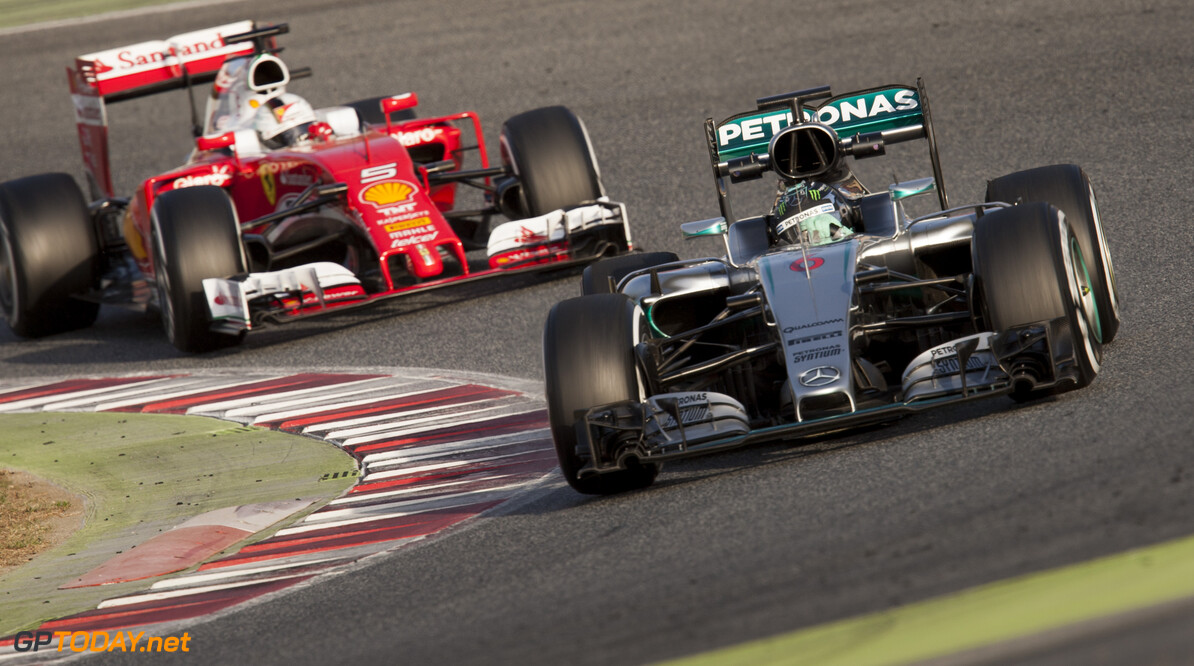 Mercedes 'has the edge' on Ferrari and the rest

Jos Verstappen thinks Mercedes will come out of the blocks in Melbourne this weekend with its dominance intact. The German team has easily won every drivers' and constructors' title in the new 'power unit' era, and had a conspicuously smooth winter pre-season period. "Let's hope Ferrari has made a big step forward," said Verstappen, a former F1 driver and the father of Toro Rosso sensation Max.

But he added in a pre-season preview for the Dutch newspaper De Telegraaf: "Mercedes definitely has the edge over the rest. I walked around the circuit during the test days in Barcelona and the extremely good handling of that car is obvious. Plus a surplus of power."

Perhaps a more interesting question, the former Minardi and Benetton driver mused, is whether Lewis Hamilton can keep his position at the top of the Mercedes tree. "For (Nico) Rosberg I think it's five minutes to twelve," said Verstappen. "This must be his year, otherwise his situation will become very difficult."

Behind the silver-versus-red battle, the 44-year-old Dutchman said Williams and Red Bull are closely matched, but Force India is also in the mix. "The only thing that is somewhat uneasy about the team (Force India) is the situation around Vijay Mallya," said Verstappen, referring to his high-profile legal troubles and the spectre of arrest amid his Kingfisher airlines debt. "It could have an impact on the team," he mused.

Further back in the midfield, said Verstappen, will be the new Renault works team, even though in the wake of the Lotus buyout "the car is faster than I had expected". "They have replaced Pastor Maldonado with Kevin Magnussen and that's a good move," he said. "Maldonado might have given colour, but in my opinion it was not the right colour for formula one," added Verstappen.

He is also impressed by McLaren-Honda, who according to Verstappen has taken "the biggest step" forward of any team between 2015 and 2016. "Personally, the car looks really interesting to me," he said. "The big question mark is the (Honda) engine, but I think they (the team) will be close to Toro Rosso."

Finally, Verstappen commented on F1's new team, the Ferrari-linked American outfit Haas. "They were expressing a lot of confidence in the tests," he said, "but now the team owner has admitted to having somewhat underestimated the project, especially on the technical side. I think they can be fairly fast, but they will be nearer the back of the grid. And that makes sense for a new team," said Verstappen. (GMM)