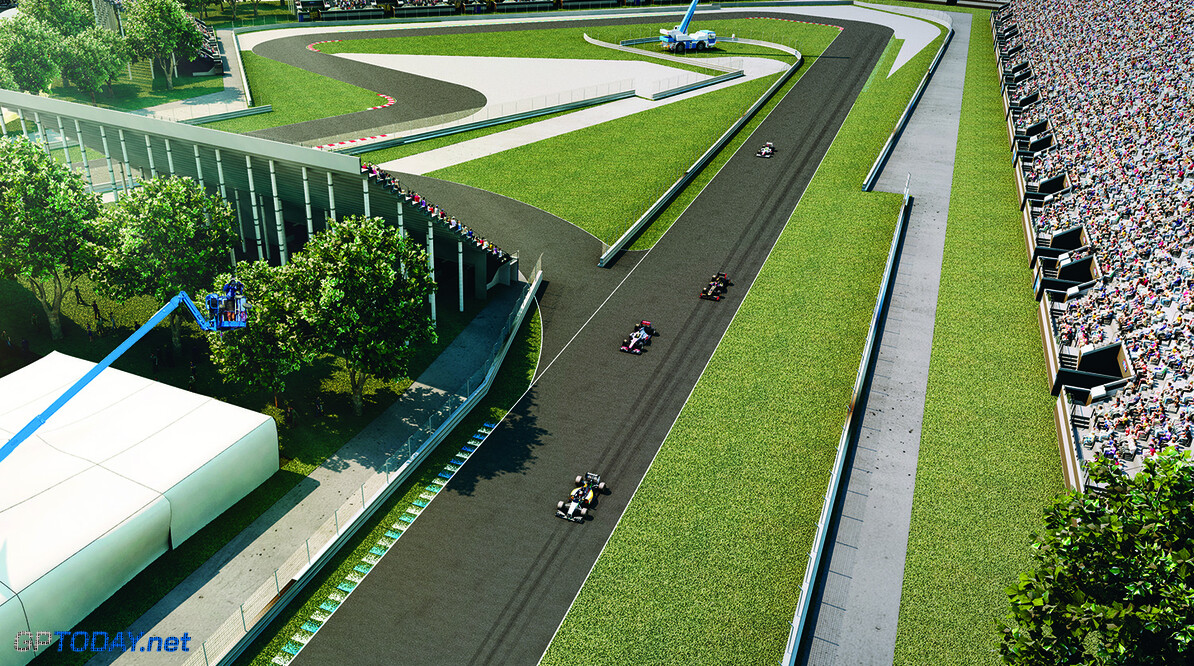 Mercedes manage to translate their strong performance in FP3 into a strong qualifying as Rosberg claim pole position closely followed by team mate Hamilton. Rosberg managed the fastest times in Q1 and Q3, while Hamilton managed to set a fastest lap in Q2. Runner up contender Vettel managed to split the two Mercedes drivers in both Q1 and Q2, but could not manage to set a faster time in Q3.

The weather was cloudy during the major part of the qualifying session, but mild rain began to fall under the last two minutes of Q2, and lasted into Q3, and at the end of the latter session, track conditions were not good enough for any serious attempts.

Red Bull also managed to translate good practice pace into qualifying times, as Kvyat and Ricciardo in 4th respectively 5th stalk the two Mercedes drivers and Vettel. Toro Rosso's Max Verstappen also managed to get into Q3, and he will start form the 8th position in tomorrow's race.

Williams's Bottas will start from 6th place tomorrow and Massa will start from 7th, while Force India's mexican driver Perez managed a 9th place for tomorrow's race in his native country. He managed to outqualify his team mate, Hulkenberg, who ended up 10th.

Once again, Lotus, Sauber and McLaren lacked pace on this track in it's dry state, with Lotus' Grosjean and Maldonado in 12th and 13th, and Ericsson was the only Sauber driver to make it past Q1. He will start from 14th place tomorrow. McLaren's Alonso could only manage a 16th fastest time.

The Ferrari mechanics managed to fix Kimi Räikkönen's car in time for Q1, but in Q2 he began to suffer from brake by wire issues, and he had to quit the session. McLaren failed to bring out similarly unfortunate Jenson Button in time for Q1, although he will take several grid penalties tomorrow in any case, and will start from last position.