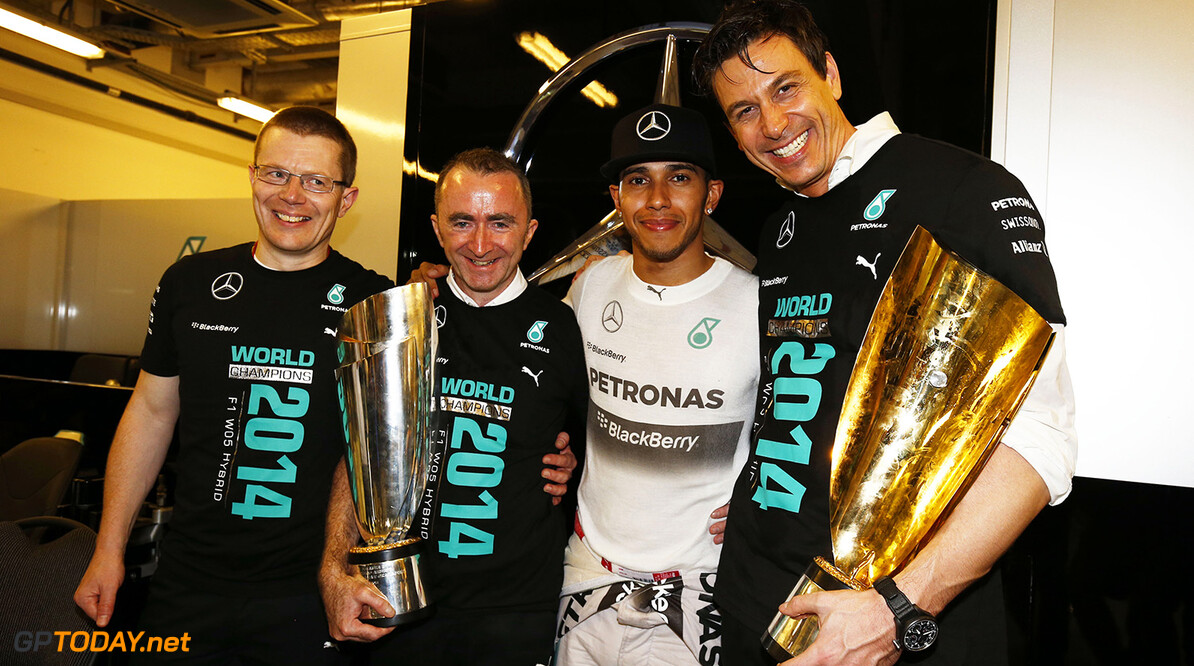 Mercedes 'surprised' by level of dominance

Mercedes was "surprised" when it realised the level of its dominance at the start of the radical new V6 era in 2014. With the season now over, the German team's rivals are left only to marvel at the superiority of the silver W05.

Asked if he can think of a more dominant car in F1 history, Mercedes customer Williams' Valtteri Bottas told Sky: "Not really, no!" Another Mercedes-powered driver in 2014, McLaren's Jenson Button, agreed: "In the shower the other day I thought to myself 'nothing has ever been that dominant'. I think it's the best car there has ever been in formula one."

And Red Bull's Daniel Ricciardo, the only non-Mercedes driver to win grands prix in 2014, said: "With last year's Red Bull, I thought 'There's no way someone's going to dominate like this again'. But they (Mercedes) did. I don't recall anyone dominating like that."

Undoubtedly the secret of Mercedes' success was ramping up its underpowered budget a couple of years ago and concentrating almost exclusively on the 2014 project. One Mercedes chief was quoted by Germany's Auto Motor und Sport as recalling just how early the team was thinking about the radically-different rules.

"We were asking the FIA questions about the rules that, at the time, nobody else was asking. That's why the engine was so good," the boss is quoted as saying. "The way we integrated it with the car, and things like the separation of the turbine and the compressor, you can't do that overnight," he added. "Mercedes engineers had those ideas in early 2013. The team saw the new rules as an opportunity and I'm surprised that there weren't more who jumped on the same train." (GMM)
F1 News Jenson Button Valtteri Bottas Daniel Ricciardo Mercedes Williams McLaren
.